A powerful illustration of the role of power, wealth and silence in sexual abuse being swept under the rug

The man who was once second in line to the President of the United States was indicted by the FBI this week for not reporting large cash withdrawals, as is required by US law, and for lying to the FBI about what these withdrawals were for.

The New York Times now reports that two people briefed on the FBI’s investigation into Dennis Hastert, the man who was once the longest serving Speaker of the US House of Representatives, have just disclosed that Hastert was in fact paying a man to not say publicly that Mr. Hastert had sexually abused him decades ago:

“The man — who was not identified in court papers — told the F.B.I. that he had been inappropriately touched by Mr. Hastert when Mr. Hastert was a high school teacher and wrestling coach, the two people said on Friday.”

The indictment, which does not reflect this same detail, said that in 2010, the man met with Mr. Hastert several times, and that at one of those meetings Mr. Hastert agreed to pay him $3.5 million “in order to compensate for and conceal his prior misconduct against” the man (according to the NY Times).

This story is still unfolding but stories of silence, lies and cover ups too often accompany the pain and trauma of survivors of sexual misconduct and assault.

In the USA, civil charges may disappear with a hefty payment and a gag order through a settlement that comes with a confidentiality clause, but the blackmailing of a well known powerful politician, and his eventual potential downfall as a result not of the actions he was trying to hide, but of the cover up itself, is the sort of dramatic twist that can motivate us to think about how much sexual abuse never gets punished, what the role of power is in that, and the rarity of that power being eroded and perhaps, even reversed.

Parents, teachers and priests have for centuries abused children despite their supposed role as protectors.

If true, this revelation that Hastert appears to have been blackmailed and was trying to avoid the truth coming out about his alleged abuse of power and position decades before, and the fact that Hastert was able to rise to the highest echelons of power, despite what the FBI report is alleging, shows the imbalance of power that perpetrators often have that allows them to more successfully keep abusive actions secret.

Over the years we’ve seen many politicians, or leaders, fall as the truth about big lies and cover ups is learned. Often times these are men (or, less often, women) who preach “family values” and condemn others as “sinners”, while little known to the world, they are covering up secrets and even crimes.

Sometimes, the FBI, media or some other power comes along and their houses of cards collapse.

We know this is still an evolving story, but from what we know so far, we can choose to reflect on this story and consider the role of power in keeping perpetrators undiscovered. 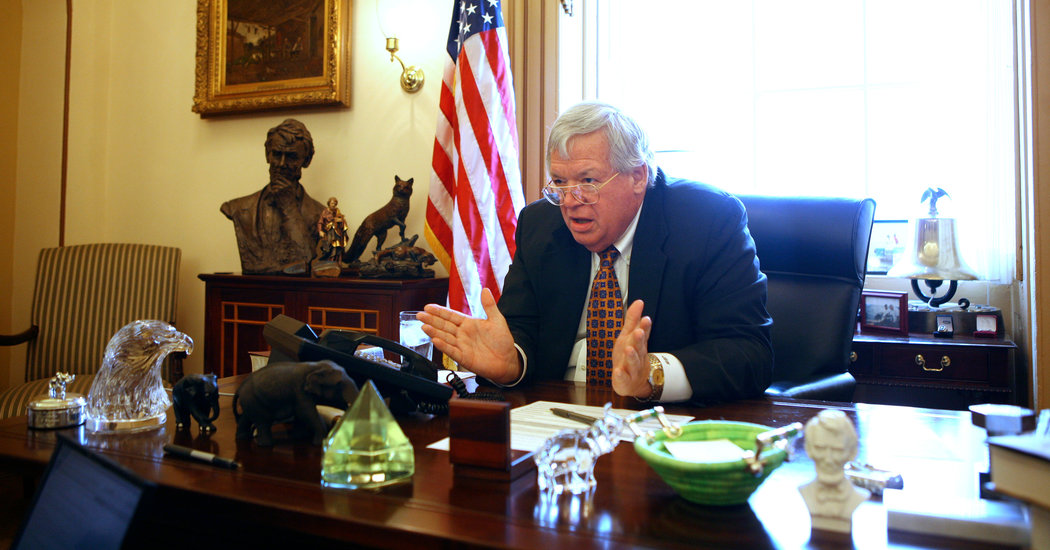 Payments by Hastert Linked to Report of Sexual Abuse

Two people briefed on an F.B.I. investigation of the former House speaker said the payments were hush money to conceal misconduct during his years as a teacher.