Case Studies from the South African Men as Partners Network

HIV has infected an estimated 6 million South Africans, the highest number of any country and deaths resulting from the virus have already left around one million children orphans. Not only are women much more likely to be infected than men, but as a result of traditional gender roles, the burden of caring for those with AIDS-related illnesses also falls almost exclusively on the shoulders of women. Women’s greater vulnerability to HIV/AIDS is in part explained by South Africa’s epidemic levels of sexual and domestic violence. There were 51,249 cases of reported rape in 1999, the highest per capita rate in the world, although Rape Crisis Cape Town believes the real figure to be at least 20 times higher. Like in many parts of the world, South African men often act in ways that contribute to domestic and sexual violence, and high rates of HIV/AIDS. However, men can, and often do, play a critical role in promoting gender equity, preventing violence, and fostering constructive involvement in sexual and reproductive health.

Spurred by the recognition that men’s attitudes and behaviors can either impede or promote sexual and reproductive health, international NGO, EngenderHealth, in partnership with the Planned Parenthood Association (PPASA), started the Men as Partners program (MAP) in South Africa in 1998. This case study provides an overview of the various activities the South African MAP Network has been involved in across the country. 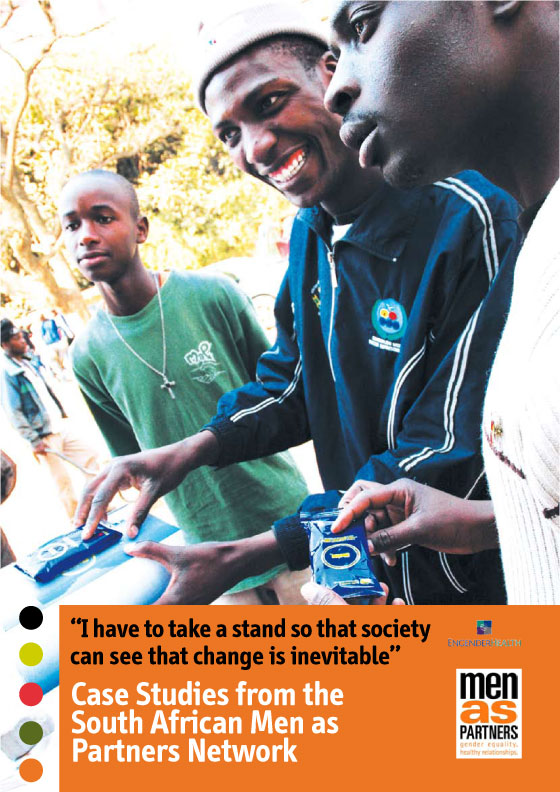