“Don’t Keep it to Yourself”

Sonke’s Digital Storytelling Project involves workshops that guide participants in creating their own multimedia stories that address critical issues in their communities such as rape, gender roles, HIV/AIDS, and violence. A facilitator from the Silence Speaks project of the Center for Digital Storytelling in Berkeley, California worked with Sonke staff to support workshop participants in speaking out about the challenges faced by youth living in rural South African communities.

Mhlontlo Municipality is characterized by high rates of HIV/AIDS, widespread poverty, and violence. Children in this region deal with a host of extremely difficult challenges: loss of family members due to HIV/AIDS, domestic violence, shortage of food and clean water, and sexual abuse. Sonke’s involvement in the region reflects its overall mission to address HIV/AIDS and gender-based violence as matters of national and regional priority through a variety of tactics in local contexts, such as gender equality training, responsible fatherhood projects, and individual skill building. Through the partnership with Silence Speaks, the project was able to begin bringing young people’s voices to the forefront of these efforts. Silence Speaks supports the telling and witnessing of stories of survival and courage; its topics vary from violence and abuse to armed conflict and stigma/marginalization. The rationale behind this work is that encouraging the telling of otherwise silenced stories will help workshop participants address and move beyond pain and grief and explore their capacities for leadership and involvement in community transformation for justice.

The eight students involved in the digital storytelling workshop produced stories covering a wide range of topics – from sexual assault, to living with HIV positive family members, to the dangers of drinking contaminated drinking water. The processes and emerging themes and stories are outlined in this case study. 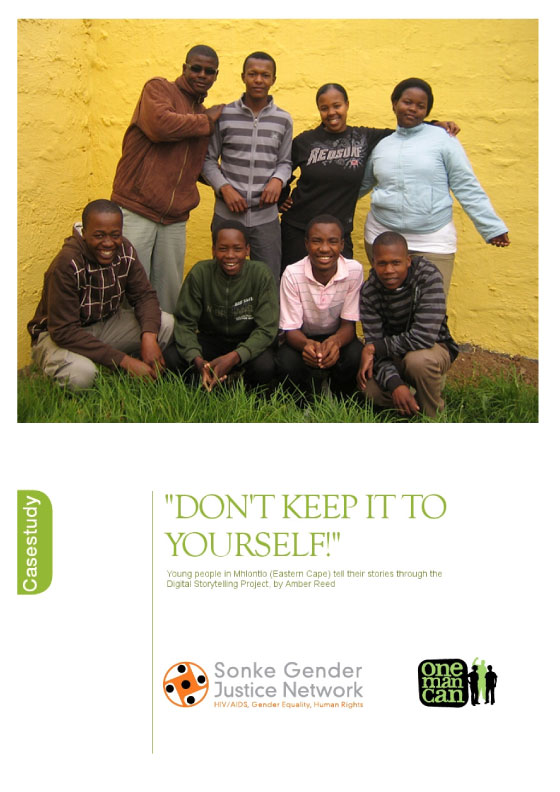