HIV and AIDS is one of the main challenges facing South Africa today. It is estimated that of the 39.5 million people living with HIV worldwide in 2006, and that more than 63% are from sub-Saharan Africa. About 5.54 million people are estimated to be living with HIV in South Africa in 2005, with 18.8% of the adult population (15-49) affected. Women are disproportionately affected; accounting for approximately 55% of HIV positive people. Women in the age group 25-29 are the worst affected with prevalence rates of up to 40%. For men the peak is reached at older ages, with an estimated 10% prevalence among men older than 50 years. HIV prevalence among younger women (under 20 years) seems to be stabilizing, at about 16% for the past three years.

The HIV & AIDS and STI Strategic Plan for South Africa 2007-2011 flows from the National Strategic Plan of 2000-2005 as well as the Operational Plan for Comprehensive HIV and AIDS Care, Management, and Treatment. It represents the country’s multi-sectoral response to the challenge with HIV infection and the wide-ranging impacts of AIDS.

This NSP seeks to provide continued guidance to all government departments and sectors of civil society, building on work done in the past decade. It is informed by the nature, dynamics, character of the epidemic, as well as developments in medical and scientific knowledge. An assessment of the implementation of the NSP 2000-2005 has been useful in defining the capacities of the implementing agencies. 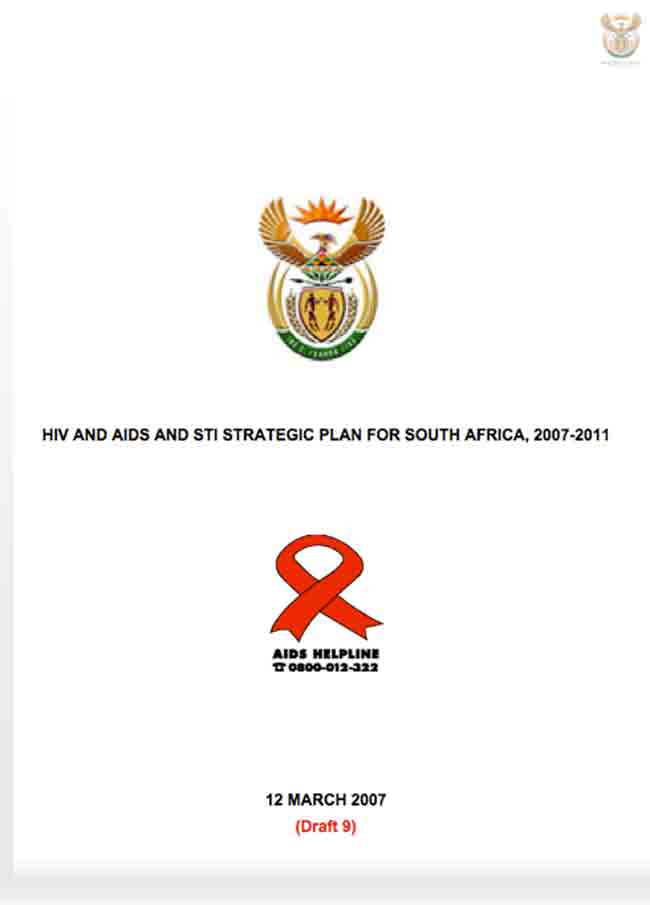