In Africa, as throughout the world, we know that gender inequality continues to undermine democracy, impede development and compromise people’s lives. Across the region, rigid gender norms, and harmful perceptions of what it means to be a man or a woman, encourage men to engage in high risk behaviours, condone violence against women, grant men the power to initiate and dictate the terms of sex, and make it difficult for women to protect themselves from either HIV or violence. Indeed, a growing body of research shows that these gender roles contribute to gender-based violence, alcohol, and drug abuse, and exacerbate the spread and impact of HIV and AIDS.

If our goal is to achieve gender equality and to build just and democratic societies that reflect and reinforce healthy and respectful relationships, then, we argue, we will accomplish this faster and more effectively, if we recognise that both women and men have an investment in transforming gender relations. It is in our interests to move beyond gender binaries and to act on the evidence that shows that men and boys can be mobilised to support gender transformation – in solidarity with women, but also based on their own desire for healthier and happier lives. 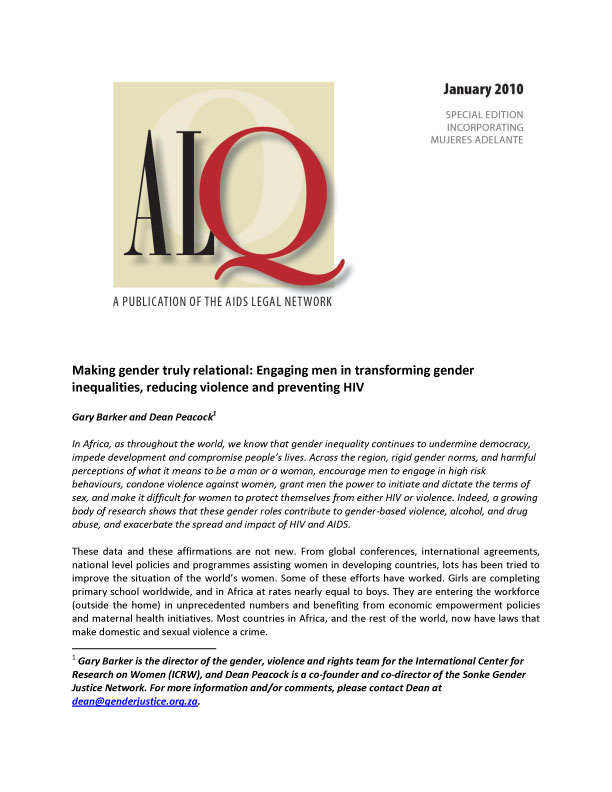