Sonke launched the Nkandla PhotoVoice project in June 2008 with a four-day workshop taking place with 20 children at Mphathesitha High School in Nkandla, KZN. The project gave learners the space to talk about their experiences, hopes and dreams and mobilises adults, especially men, to help them meet their needs.

The learners spoke about problems varying from the dusty roads they need to walk on to school which cause asthma, to their wish for running water and electricity to cut down the amount of time they spend collecting firewood.

The posters produced by the children were exhibited at the community hall in Nkandla, and the exhibition was attended by more than 600 people. Those attending the exhibition were asked to answer questions that were attached to the posters and leave comments. This community feedback was presented to the local government. 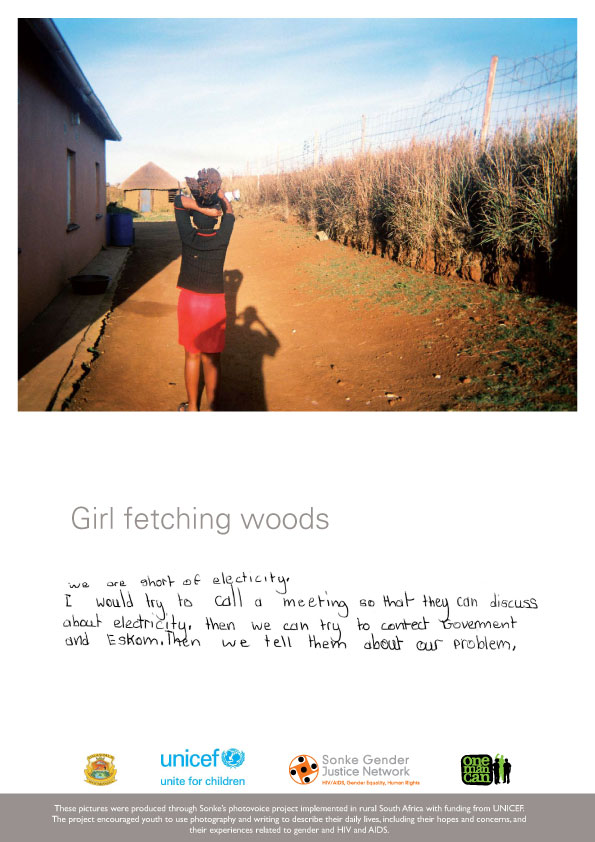