PhotoVoice in Nkandla and Mhlontlo

The Mhlontlo implementation of the PhotoVoice project was undertaken with 20 young children between the ages of 9 and 11. Since the learners were quite young, this implementation didn’t bring out quite the same critical concerns as the Nkandla project. It was nevertheless a valuable insight into the experience of the children.

Many children told stories expressing love and gratitude toward their mothers and grandmothers who provide care and support on a daily basis. At the same time they also expressed a desire for their fathers to have a greater presence in their lives. Many expressed a wish that they could talk to, and be listened to by the men in their lives. In their own words, children describe why they believe men do not play a more active care-giving role, and how they would like to see that change.

Children in Mhlontlo also shared stories about the many different challenges they face living in poverty. Walking long distances to collect water and wood is just one example of the jobs which children are often responsible for at home. While many children expressed a desire to succeed in school, responsibilities such as these sometimes create barriers to a child fulfilling his or her full academic potential.

The learners created their posters in isiXhosa. These were later translated into English. 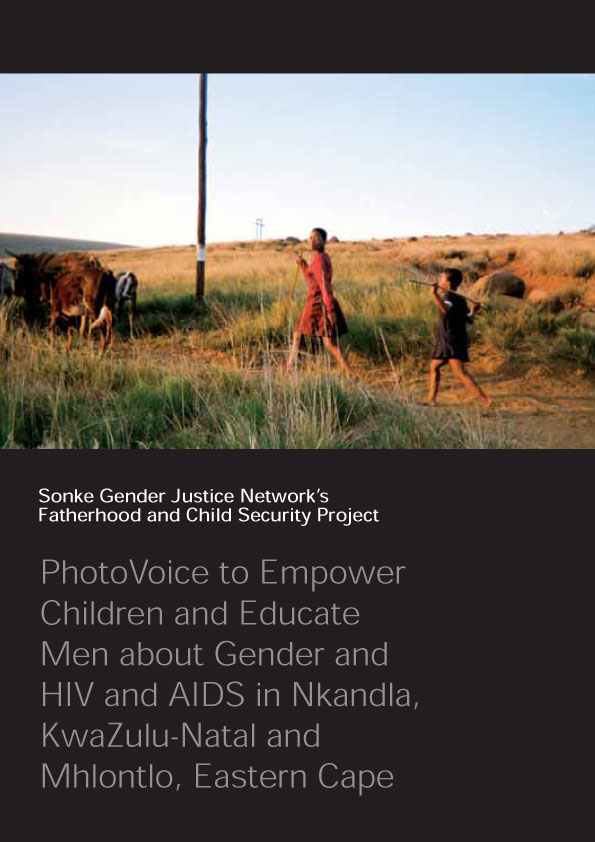