The analysis found that although Sierra Leone’s National Strategic Plan on HIV and AIDS 2011–2015 was published in 2011, it has not incorporated a sufficient focus on gender issues, or on the need to engage with men. With the passing of the Sexual Offences Act in August 2012, it is hoped that the political will to address gender-based violence (GBV) in Sierra Leone will continue to strengthen. Unfortunately, Sierra Leone’s sexual and reproductive health (SRH) policies do not sufficiently address men’s SRH needs, and do not take advantage of the benefits that men can provide through supporting their partners’ SRH. Certain policies that relate to parenting in Sierra Leone may reinforce traditional gender norms, rather than challenging such norms in order to encourage men to be more involved in parenting.

This Policy Report has been developed to be used as an advocacy tool for civil society, policymakers and decision-makers to identify key areas for policy advocacy, and better understand and strengthen a focus on engaging men within laws and policies for gender equality. 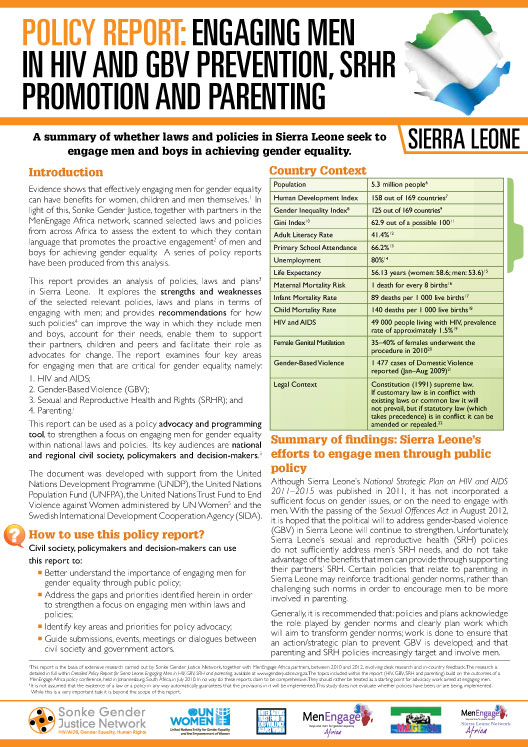