From the early 2000s, Pollsmoor Remand has been operating at more than 200% of its approved capacity, with an average occupancy of more than 4 000 people. In 2015, after years of lobbying to reduce overcrowding and in the face of inertia on the part of policymakers and legislators, civil society escalated its advocacy and mounted a constitutional challenge in the Western Cape High Court with the case, Sonke Gender Justice v. the Government of South Africa. In 2016, the judge ruled against the government and made a historic order to reduce occupancy to 150% of its capacity over a six-month period.

By February 2017, the Department of Correctional Services (DCS) had already taken steps to reduce over- crowding at the facility from 252% to 174%. Although these numbers reflected an unprecedented and substantial drop in the real number of occupants in Pollsmoor Remand, the outcome was not an unqualified success; they reduced occupancy by redistributing the overall population of incarcerated people to facilities across Western Cape Province, not by releasing individuals or sending fewer people to remand detention.

This case study describes the complex change process that enabled this reform and the contributions of different forms of advocacy by key actors. 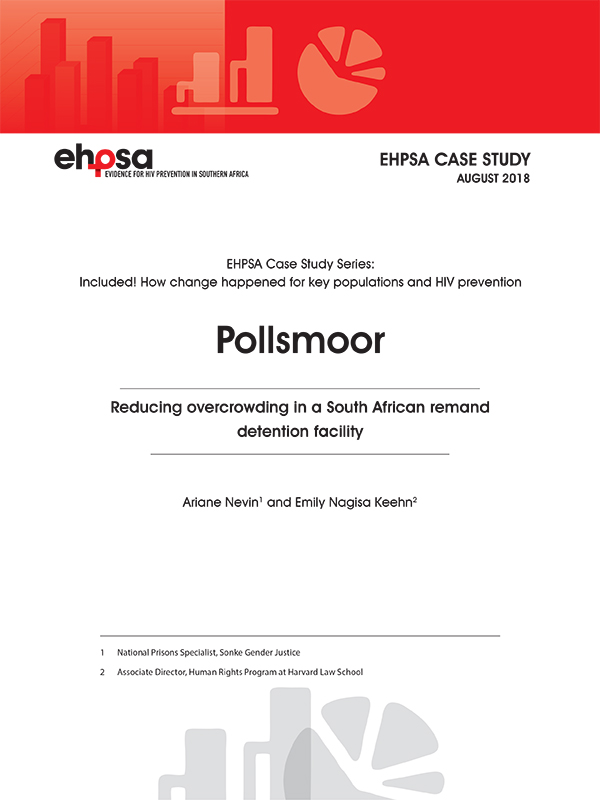