Scan on FGM laws and policies in 5 MenEngage Africa countries

Female Genital Mutilation (FGM) is the practice of partially or totally removing the external female genitalia or otherwise injuring the female genital organs for non-medical reasons. According to the World Health Organization (WHO) FGM comprises ‘all procedures involving partial or total removal of the external female genitalia or other injury to the female genital organs for non-medical reasons.’2 FGM has been recognised as a harmful practice and a violation of the human rights of girls and women. The procedure is risky and life-threatening for girls both during the procedure and throughout the course of their lives. It is also a form of violence against women with devastating short-term and long-term impacts on the lives of women and girls, limiting their potential for full development, and a major obstacle to the achievement of gender equality.

Despite the many global and national efforts to promote its elimination, FGM still remains widespread in many countries. According to estimates by the United Nations Children’s Fund (UNICEF) at least three million girls undergo FGM on the African continent alone each year.4 This reflects deep-rooted discrimination against girls and women, profoundly entrenched in social, economic and political structures. Consequently, the practice of FGM has received a great deal of attention in recent years at both the national and international levels. Female genital mutilation (FGM) has been internationally recognized as a violation of the rights, health and integrity of women and girls. Notably, the global consensus on the need to eliminate all forms of FGM worldwide is clearly reflected in Sustainable Development Goal No. 5 and in several United Nations Resolutions.

Ensuring a legal framework is in place that clearly outlaws FGM is an important step towards ending the practice. Having a national law is an important step towards ending FGM but for it to be effective, the law must be implemented and enforced. This paper seeks to provide a policy scan and analysis of laws and policies in 5 selected African countries, namely Kenya, Liberia, Nigeria, Mali and Uganda. The paper does not exhaust all national laws and policies relating to FGM per country but uses a score card to examine key elements that should be integrated into any legislative reform process addressing FGM. 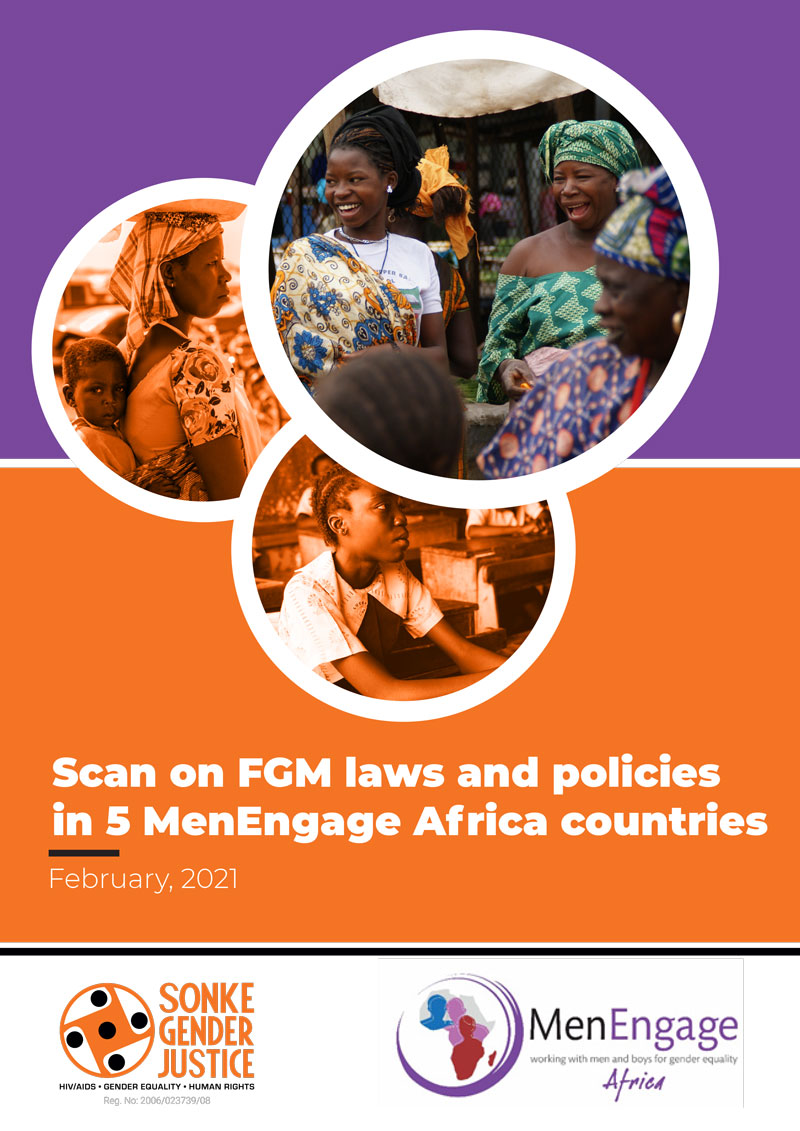