At the 48th session of the Commission on the Status of Women (CSW) in 2004, the South Africa government and the governments of other participating countries made formal commitments to implementing a range of recommendations aimed at “involving men and boys in achieving gender equality”.

These commitments made at the UN CSW are consistent with the values enshrined in the South African Constitution and core to the goals of South Africa’s new democratic dispensation. However, in South Africa, as throughout the world, gender inequality continues to undermine democracy, impede development and compromise people’s lives in dramatic ways. Indeed many studies show that contemporary gender roles and especially rigid notions of manhood contribute to gender based violence and other forms of gender inequality and exacerbate the spread and impact of HIV and AIDS. In 2007, the country continues to face high levels of gender based violence, an HIV and AIDS epidemic and deeply entrenched gender inequalities.

In the face of this, government and civil society organisations have begun to put in place a range of initiatives intended to increase men’s involvement in achieving gender equality. Reflecting this, a growing number of South African men have begun to take action in private and public ways to reject rape and domestic violence and to create a more gender equitable society, which is examined in this report. 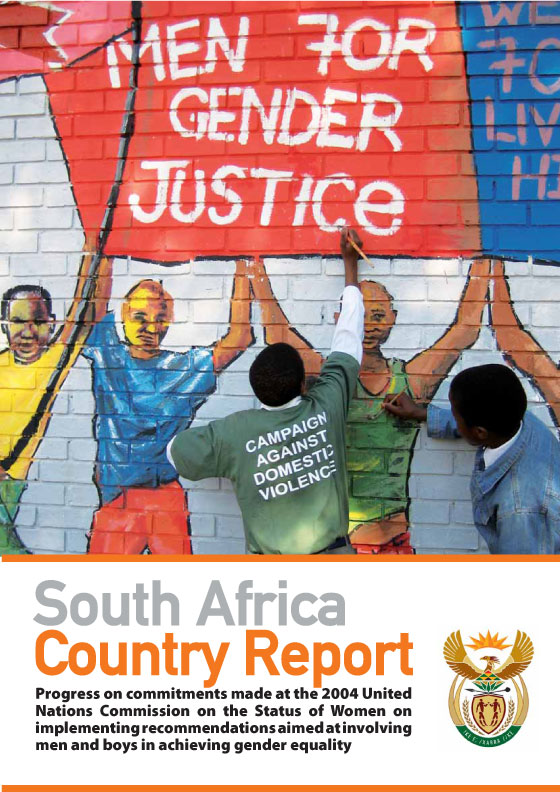