“Sport Laughs in the Face of Discrimination”

Street soccer is a long-standing African tradition and played in teams of six on a small field, with each game lasting only seven minutes. Sonke teamed up with Ambitious Youth of Khayelitsha (AYK), a crime prevention programme for youth, and youth development organisation Amandla Kulutsha to run a soccer tournament in Site B of Khayelitsha. Both organisations work with youth and sports, while Sonke – which has an ongoing partnership with Grassroots Soccer, an NGO using soccer to fight HIV and AIDS – brought to the table long-standing expertise in gender, human rights, health and HIV.

Site B of Khayelitsha is an informal settlement where gansterism, drug abuse, alcoholism, domestic violence, unemployment and poverty are major problems. To get teenagers and young adults off the streets, and particularly out of the shebeens (beer halls), soccer has proven to be one of the most effective means to encourage team spirit, motivate teenagers to set goals and give them a positive outlook on life. This case study looks at the impact the soccer tournament had on its participants and the overall positive effect sport has on bridging the gap between foreigners and South Africans, in light of the xenophobic attacks that occurred shortly before the tournament was held. 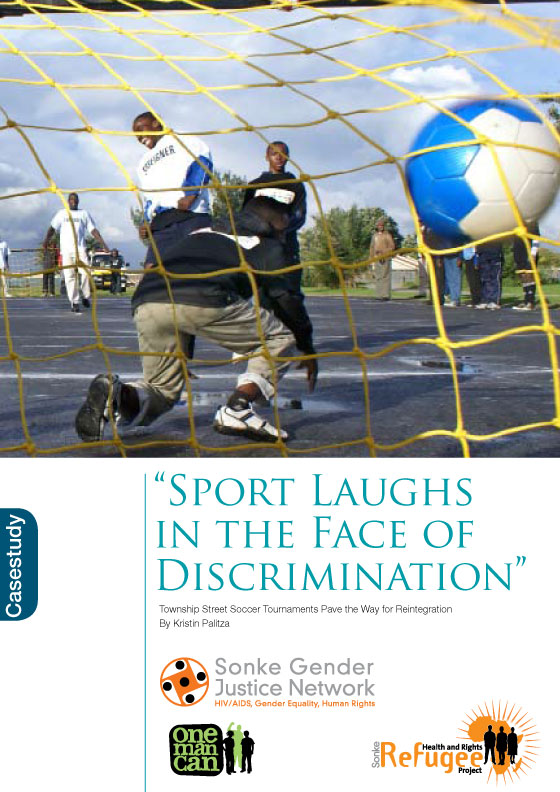