Marginalised and stigmatised groups in society such as migrants, sex workers, homeless people and drug users are at particular risk of human rights violations during policing and security operations because of skewed power relations.

Sex worker rights and health organisations receive a high volume of complaints from sex workers regarding their experiences of human rights violations during operational policing. Sex workers and their advocacy organisations continue to face difficulties in resolving these issues successfully through existing police complaints and oversight processes.

Sonke Gender Justice and SWEAT (Sex Worker Education & Advocacy Taskforce) commissioned research into police practices in 2016. An interim Case Study Report, consolidating witness statements illustrating the operational policing challenges, was published by Sonke Gender Justice in July 2017. This served as a consultation tool to engage police, government and human rights experts on the issues in order to seek a constructive way forward. The final report was launched in March 2018.

Questions considered by the group included: 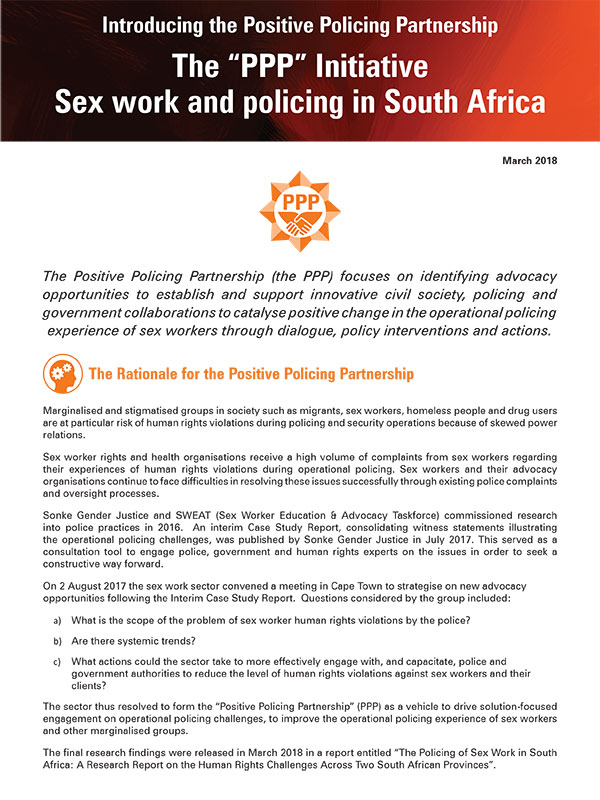