Traditional Leaders Wield the Power, and They Are Almost All Men

The Importance of Involving Traditional Leaders in Gender Transformation

A number of non-governmental organisations (NGOs), including South African Sonke Gender Justice Network, Ubuntu Institute, CARE International and Zambian Women For Change (WFC), work with traditional leaders on the continent on how to address gender-based violence, promote gender equality and reduce HIV/AIDS in their communities. Through the support of traditional leadership, they involve men (and women) to take action in their own homes and communities to end domestic and sexual violence, change their perception of masculinity and address HIV and other health-related issues. This case study provides an overview of the efforts made by organisatons in tackling harmful traditional practices across South Africa and other African countries by working together with traditional leaders in communities. 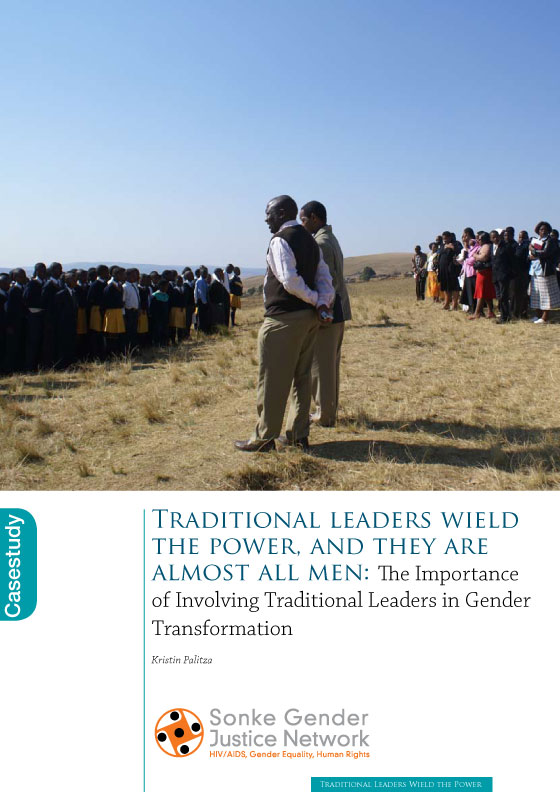