We Exist! Voices of Male Feminism

A significant body of literature exists that documents the work of various organizations doing work with men across Southern Africa. By and large, these chronicle accomplishments and describe lessons learned, and have been written by research- and evaluation-focused organizations. To date, the voices of those actually doing this work have not been captured to a great extent. The interview that is included in this chapter attempts to remedy this void. It was conducted in early February 2005 during a planning meeting
held by the South African MAP Network in Johannesburg.

During a conversation that went late into the night, the participants shared their own process of becoming involved in these issues, and reflected on what had kept them involved in work that has at times led to ostracization and isolation. They also shared how much they have gained as men and as individuals through establishing, in some instances, far more rewarding relationships with their partners and children and, in other cases, with male friends and colleagues. Finally, they grappled with their understanding of their role as men in the broader struggle for women’s rights and gender equality, and explore what they see as important challenges and ‘next steps’ for the still embryonic work to engage men in promoting gender equality. 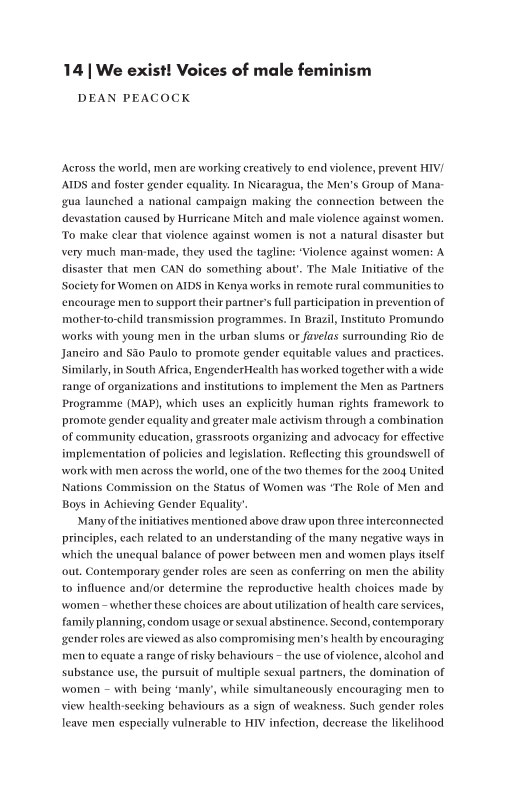