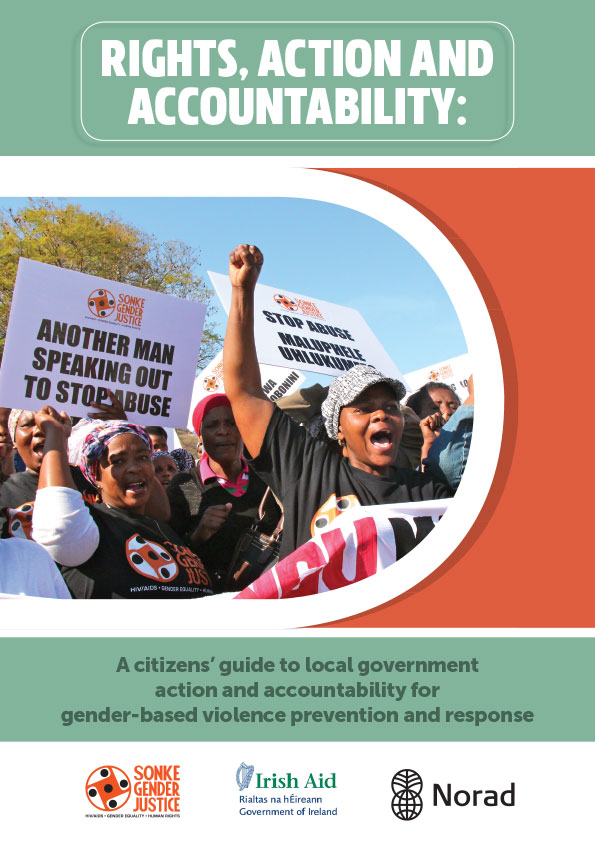 A citizens’ guide to local government action and accountability for gender-based violence prevention and response This Manual is designed as an educational resource for facilitators who will lead training workshops to strengthen the capacities of Sonke Community Action Teams (CATs) to: Raise awareness of gender-based violence (GBV). Promote the inclusion of GBV prevention and response […] 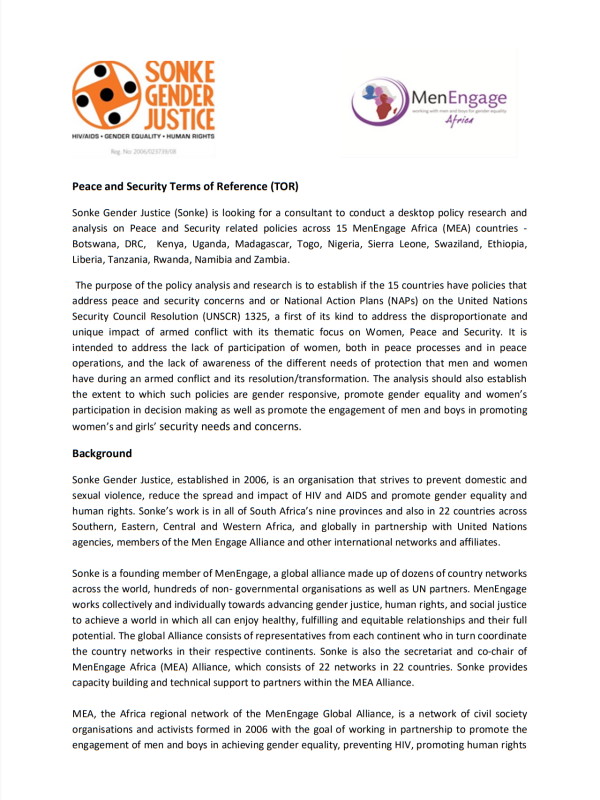 Sonke is looking for a consultant to conduct desk-top policy research and analysis on Peace and Security related policies across 15 countries in Africa. Please find the terms of reference herein.

What did you do to promote respect, diversity and gender equality in your workplace today? 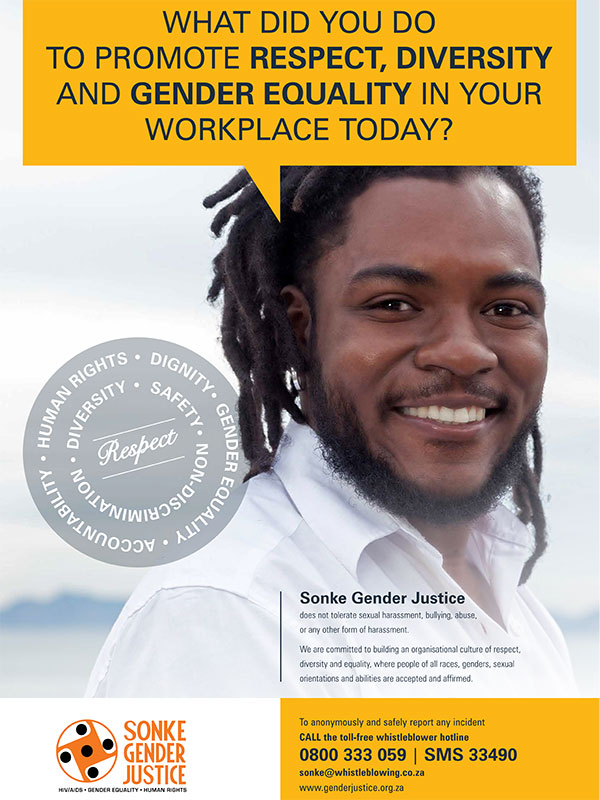 You have the right to work in a safe and respectful environment! 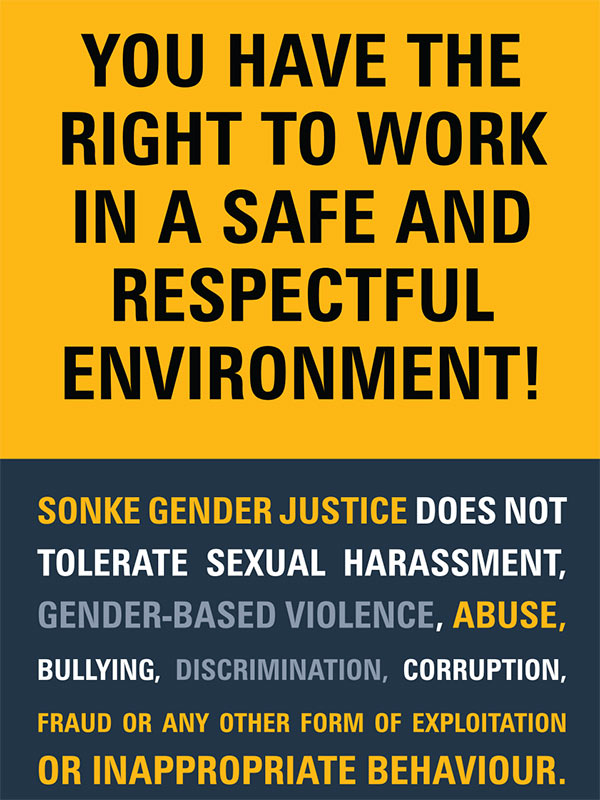 How to report abuse 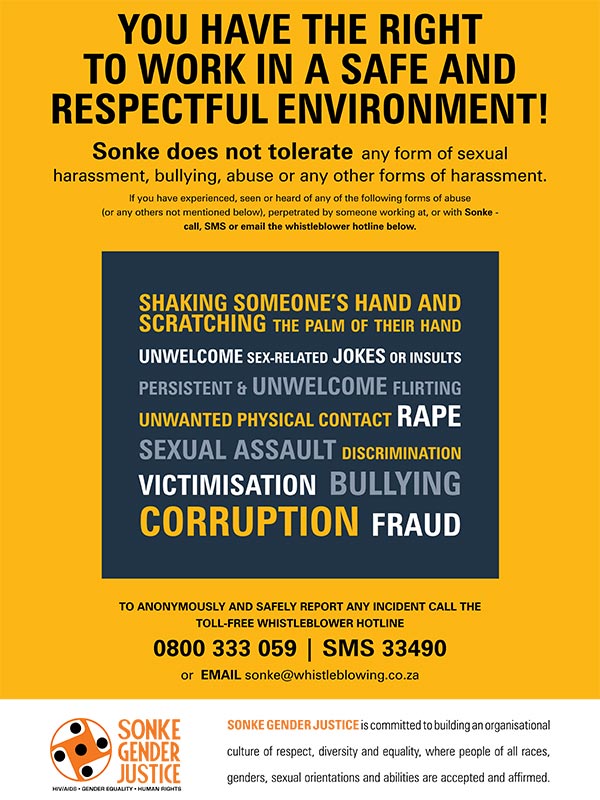 We Stand Against Xenophobia 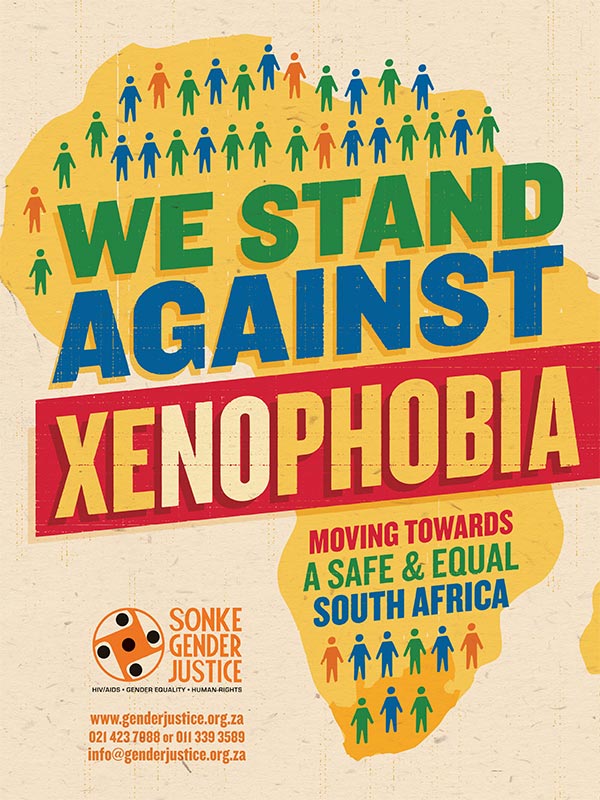 Timeline of complaint against DM Mkongi 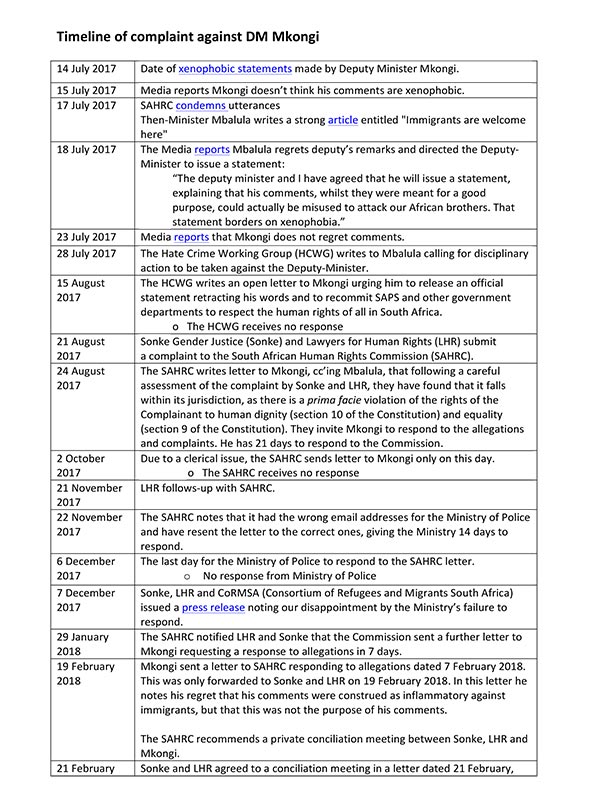 On 14 July 2017 Deputy Minister of Police Mkongi made xenophobic remarks in public. This document represents a timeline of complaints against Mr Mkongi, which resulted in a public statement issued by him on 21 August 2018. 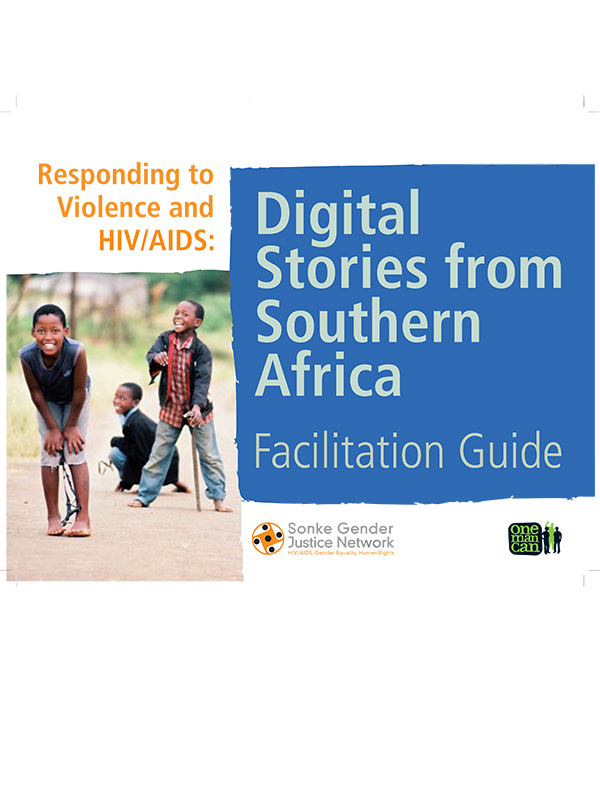 Gender-based violence and HIV/AIDS are recognised as significant public health issues throughout Sub- Saharan Africa. Countless women, men, and children in the region are affected by these twin epidemics. While an array of programmes and advocacy strategies have emerged to challenge men’s violence and slow the spread of the virus, much remains to be done. […]

“We All have Rights” 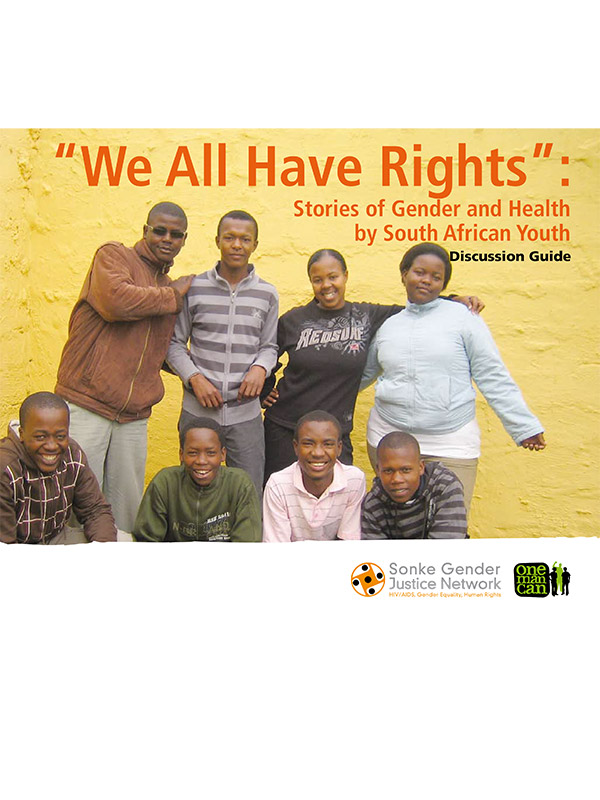 HIV/AIDS is changing the landscape of family and home for South African children and youth. Across rural parts of the country, children’s need for protection from HIV exposure and violence is increasing as they lose caregivers to the virus. When this happens, the social, psychological, and material support that caregivers provide is also lost. Now, […]

Stories of Courage and Leadership 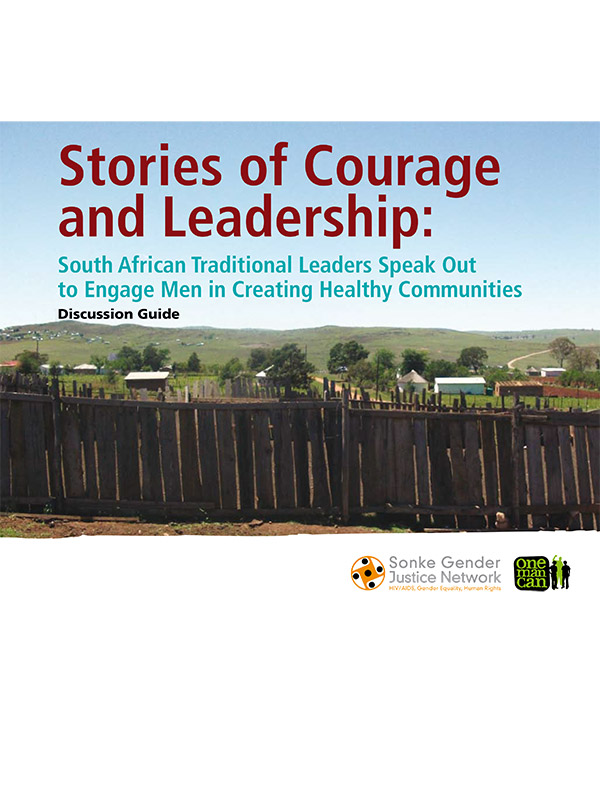 In recent years, the important role that Traditional Leaders and their Councils can play in promoting gender equality and addressing violence, HIV and AIDS, and other health issues has been broadly recognized in South Africa. At the local level, Traditional Leaders can influence social norms by condemning HIV myths and stigma and speaking up with […]

Letter to African Commission on Xenophobia in South Africa 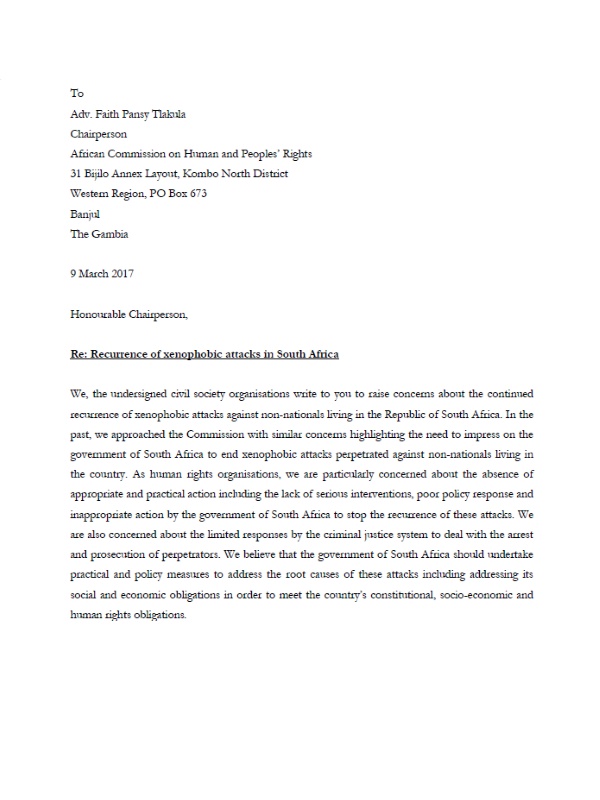 “We, the undersigned civil society organisations write to you to raise concerns about the continued recurrence of xenophobic attacks against non-nationals living in the Republic of South Africa. In the past, we approached the Commission with similar concerns highlighting the need to impress on the government of South Africa to end xenophobic attacks perpetrated against […] 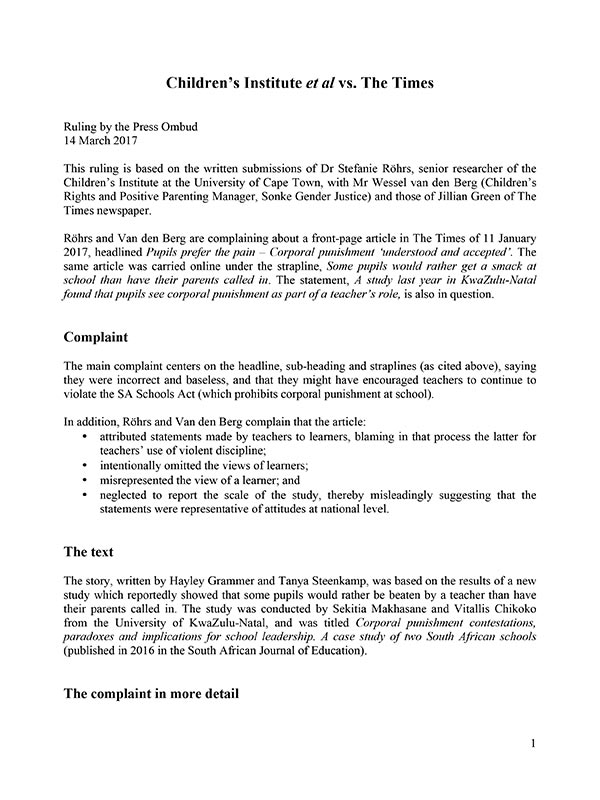 This ruling is based on the written submissions of Dr Stefanie Röhrs, senior researcher of the Children’s Institute at the University of Cape Town, with Mr Wessel van den Berg (Children’s Rights and Positive Parenting Manager, Sonke Gender Justice) and those of Jillian Green of The Times newspaper. 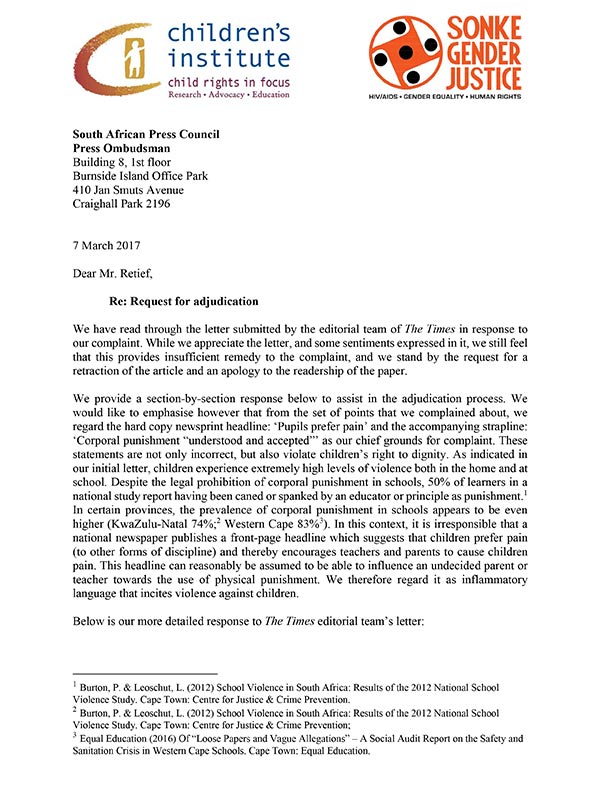 We have read through the letter submitted by the editorial team of The Times in response to our complaint. While we appreciate the letter, and some sentiments expressed in it, we still feel that this provides insufficient remedy to the complaint, and we stand by the request for a retraction of the article and an […] 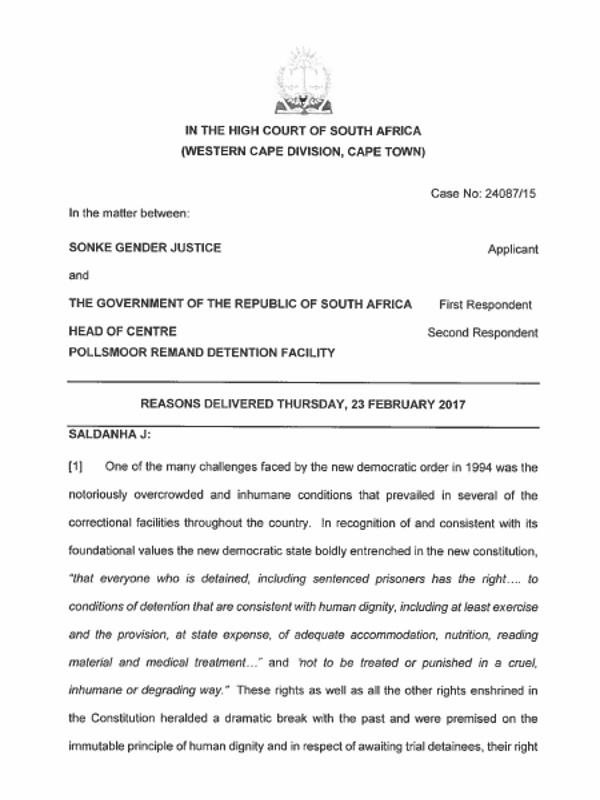 Violation of Code of Ethics by The Times 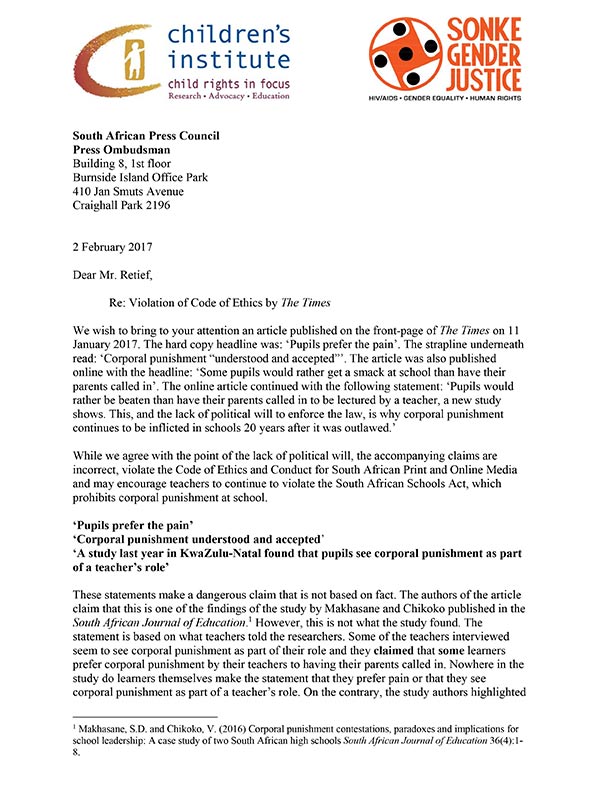 We wish to bring to your attention an article published on the front-page of The Times on 11 January 2017. The hard copy headline was: ‘Pupils prefer the pain’. The strapline underneath read: ‘Corporal punishment “understood and accepted”’. The article was also published online with the headline: ‘Some pupils would rather get a smack at […] 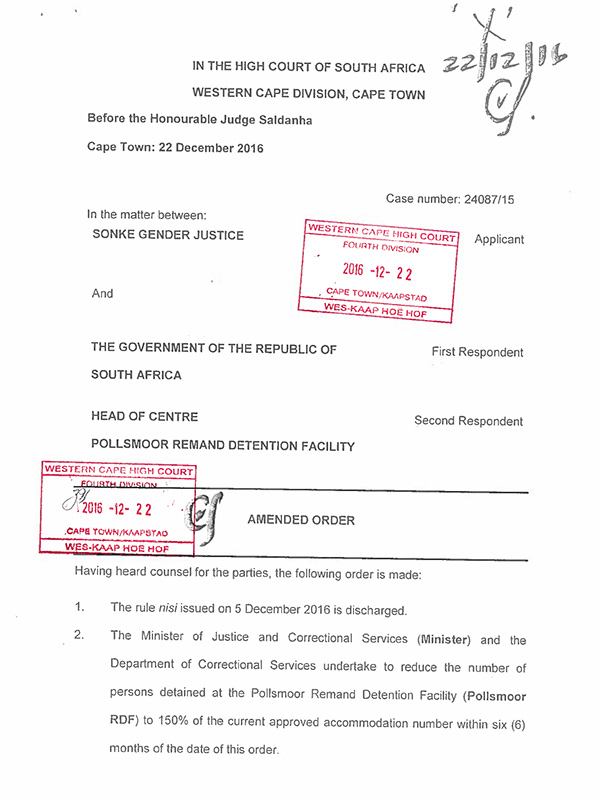 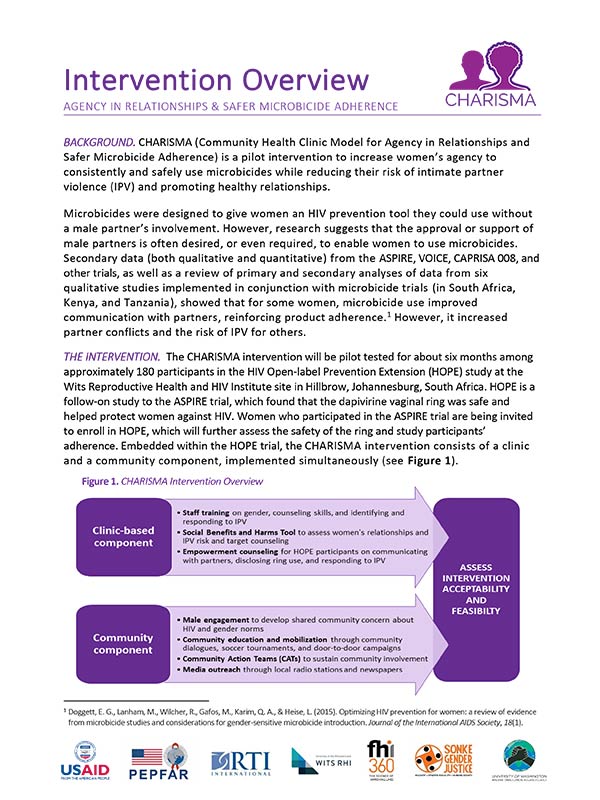 CHARISMA (Community Health Clinic Model for Agency in Relationships and Safer Microbicide Adherence) is a pilot intervention to increase women’s agency to consistently and safely use microbicides while reducing their risk of intimate partner violence (IPV) and promoting healthy relationships. Microbicides were designed to give women an HIV prevention tool they could use without a […] 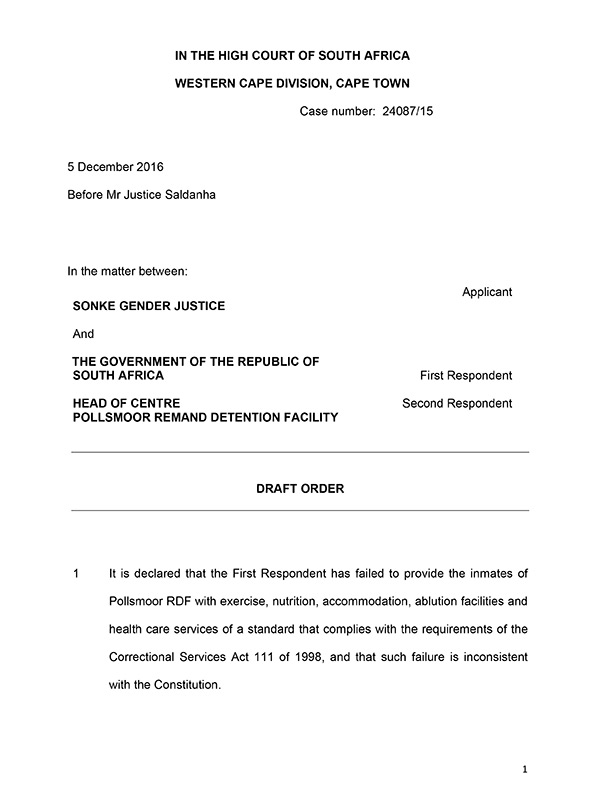 On 5 December 2016, the case launched by Sonke Gender Justice and Lawyers for Human Rights, in response to the extreme overcrowding and inhumane conditions suffered by detainees awaiting trial in Pollsmoor Remand Detention Facility, was heard by Judge Saldanha in the Western Cape High Court. The court found in their favour and declared that […] 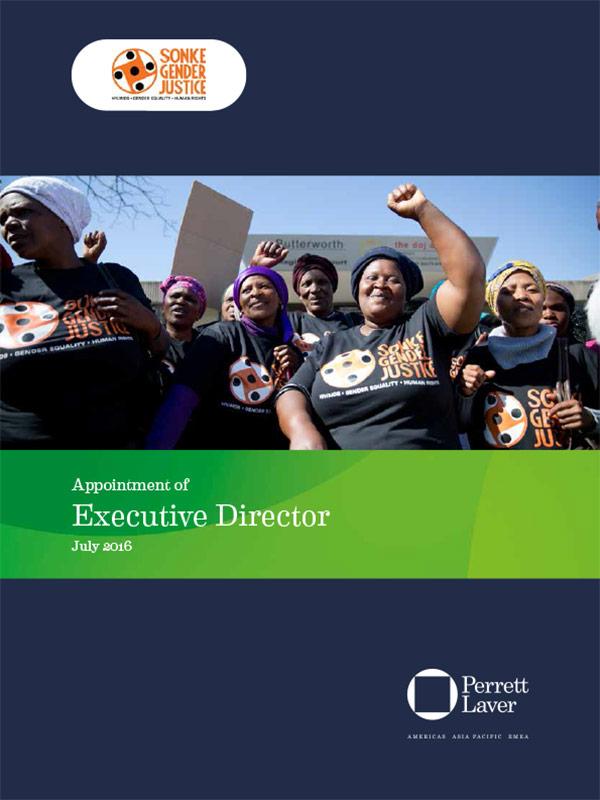 Sonke is recruiting a visionary leader to serve as Executive Director.

Men and HIV in the ESA Region 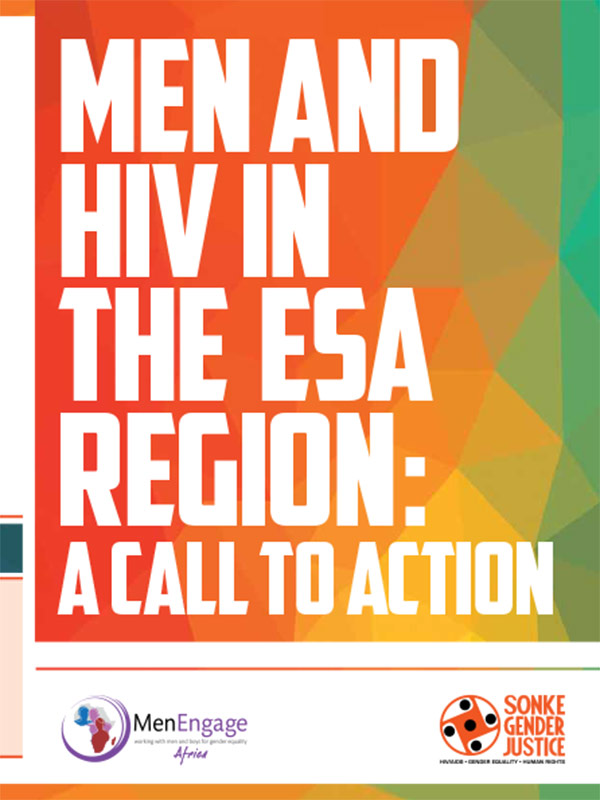 Eleventh and twelfth respondents’ notice of application for leave to appeal 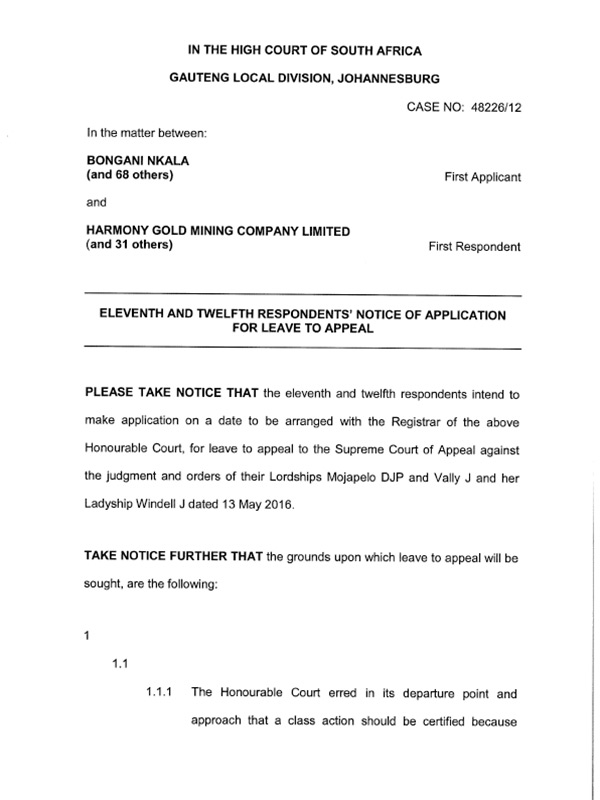 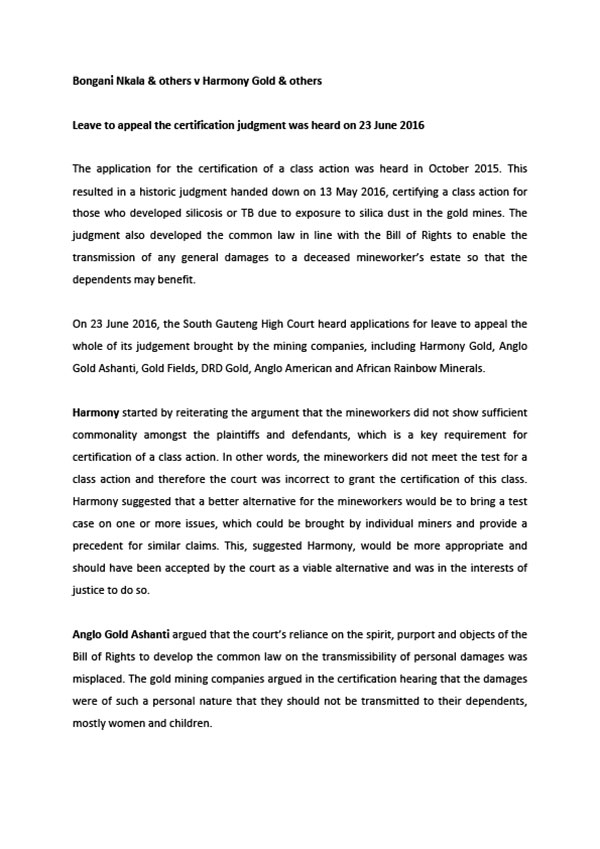 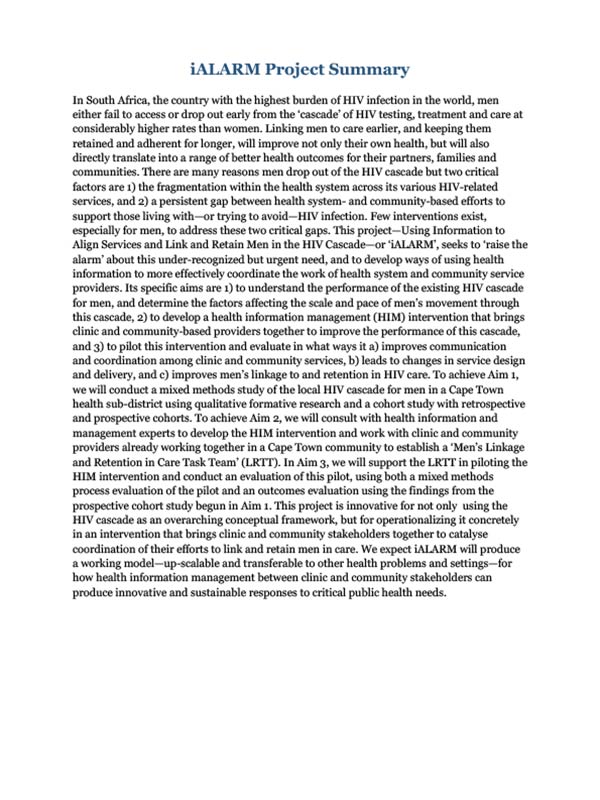 In South Africa, the country with the highest burden of HIV infection in the world, men either fail to access or drop out early from the ‘cascade’ of HIV testing, treatment and care at considerably higher rates than women. Linking men to care earlier, and keeping them retained and adherent for longer, will improve not […] 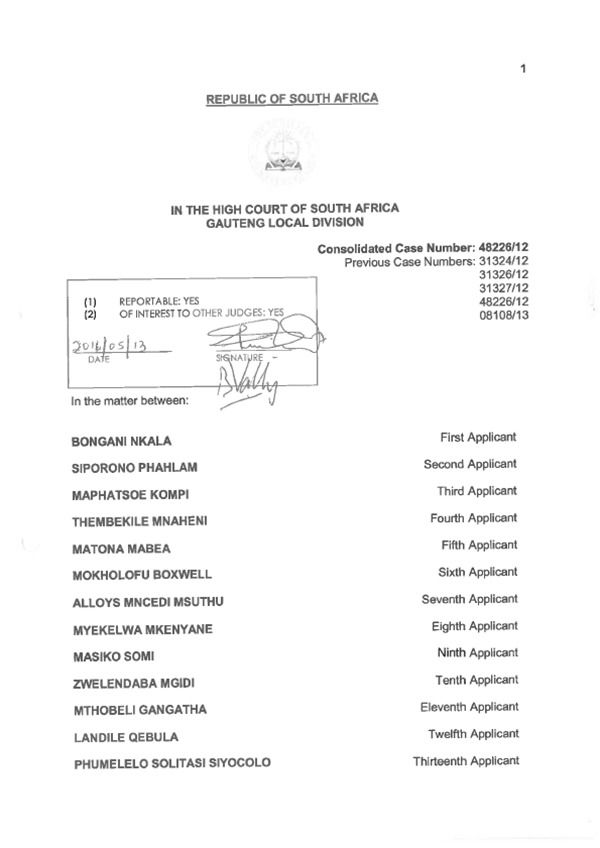 The judgement handed down by the South Gauteng High Court, is in favour of the constitution of a class action lawsuit of 56 current and former goldmine workers, representing hundreds of thousands, against 32 gold mining companies – comprising the entire gold mining industry in South Africa. Additionally they have ruled in favour of the transmissibility […]