Addressing violence against women and HIV/AIDS

Research from countries in different regions of the world documents an undeniable link between VAW and HIV infection. The relationship between VAW and HIV risk is complex, and involves multiple pathways, in which violence serves both as a driver of the epidemic, and at times a consequence of being HIV positive. Rape is one potential cause of direct infection with HIV through violence for some women. However, the primary burden of HIV risk from VAW and gender inequality arises through longer-acting indirect risk pathways. These involve both chronically abusive relationships where women are repeatedly exposed to the same perpetrator, as well as the long-term consequences of violence for women who have experienced prior, but not necessarily ongoing, exposure to violence (in childhood or as adults).

Addressing both VAW and gender inequality jointly in programmes will contribute to effective HIV prevention. Such synergistic linking forms an important element of effective combination prevention for HIV. Effective HIV-prevention programmes must address key elements of the context that gives rise to HIV risk, in order to have lasting impact. Any long-term solution to VAW and/or HIV prevention therefore requires addressing the social context and the gender inequalities that form a core element of this context. Gender inequality can be addressed at different levels and through different approaches – the strongest synergy is often achieved by intervening on multiple levels simultaneously, using coordinated strategies that are mutually reinforcing. 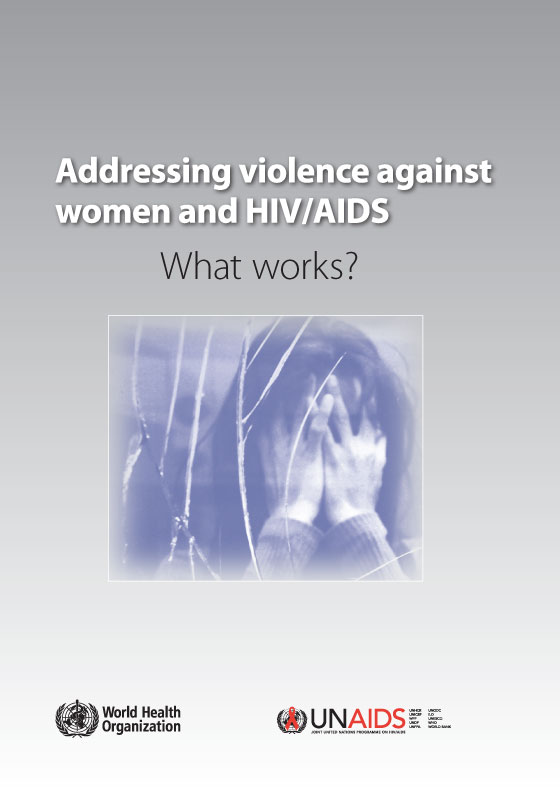