Sonke and TAC have been admitted as amici curiae (“friends of the court”), providing evidence of the socio-economic and gendered impact of silicosis to mine-sending communities. 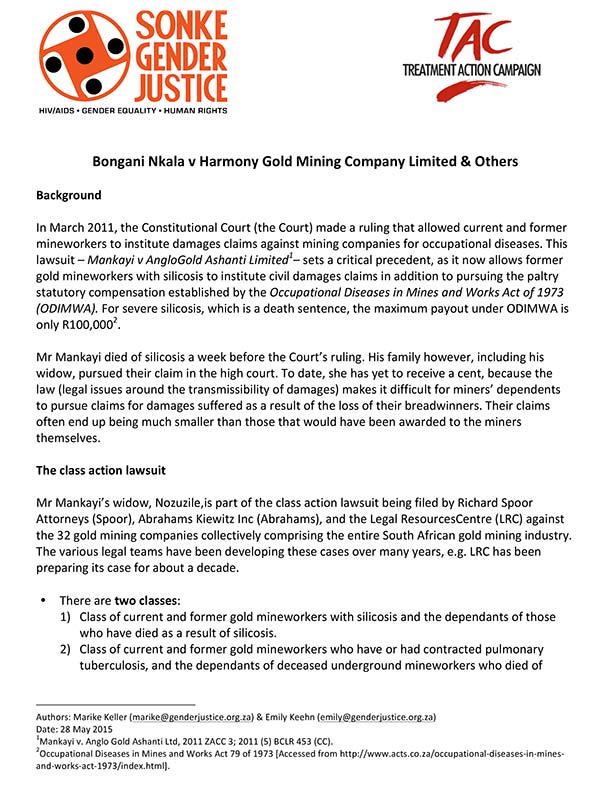