In the early hours of the morning on 6 August 2017, Mr Manana, by his own admission, physically assaulted Ms Mandisa Duma and at least one other person at a nightclub in Fourways, Johannesburg. Ms Duma subsequently laid criminal charges of assault with intent to do grievous bodily harm against Mr Manana with the South African Police Services. However, Mr Manana was granted bail by the Randburg Magistrate’s Court on 10 August 2017.

However, as at the date of this letter, Mr Manana remains a Member of Parliament with all indications pointing to the fact that he intends to remain as such. 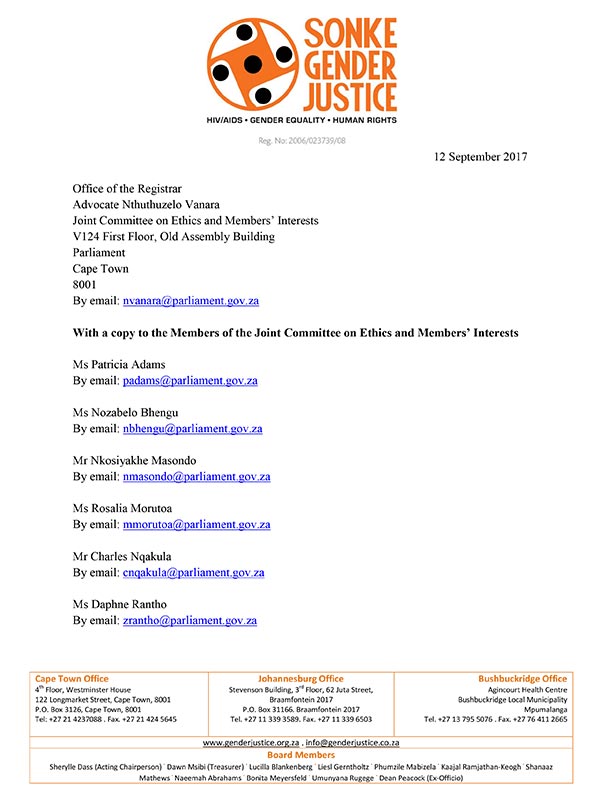