According to numerous studies, South Africa has the highest incidence of reported rape in any country. In 2006 the South African Medical Research Council (MRC) surveyed 1,370 male volunteers from 70 rural villages. It found that close to one in four of the men surveyed had participated in sexual violence. Of the total, 16.3 per cent had raped a non-partner or had participated in gang rape, while 8.4 per cent had been sexually violent towards an intimate partner.

Other studies have shown that the first sexual experience for many adolescents and young women is unwanted. According to research by the Witwatersrand University published in 2004, almost one-third of sexually experienced women report that their first sexual encounter was not consensual. That same year, the MRC reported that one woman is killed every six hours by an intimate partner in South Africa — the highest substantiated rate anywhere in the world.

Sonke Gender Justice is trying to move beyond workshops and small events to engage men — and women — in broader activism and campaigns. The goal is to enlist many more organizations and communities and to develop a national response. Sonke’s One Man Can campaign is one reflection of the broadened approach and is explored in this case study. 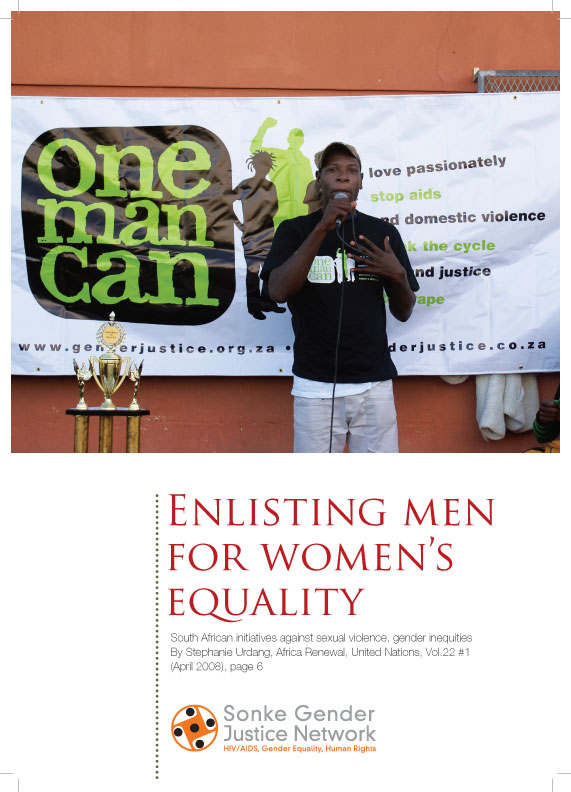