The last two decades have seen growing recognition of and attention to gender inequality – including gender-based violence (GBV) and harmful gender norms – as a cause and consequence of HIV. Recently, an expanding evidence-base confirms the linkages between HIV, gender inequality, and violence against women and girls. Despite this, programming and policies to address the intersection have not yet reached the scale, depth, or breadth required to reverse the overlapping epidemics of GBV and of HIV. National HIV strategies and plans (NSPs) are critical spaces for addressing these twin epidemics, yet the HIV policy framework in the Eastern and Southern Africa regions has only a weak focus on the relationship between HIV and GBV to date.

The three-day regional meeting in Johannesburg, December 2012, convened by the UN Interagency Working Group on Women, Girls, Gender Equality and HIV in partnership with the ATHENA Network, HEARD, MenEngage Alliance, and Sonke Gender Justice, aimed to review national policies, strategies, and plans (including but not limited to NSPs), and assess the strengths and weaknesses of these plans with regard to addressing GBV and engaging men and boys for gender equality; identify priority areas and gaps; and, develop country action plans to strengthen cross-cutting attention to gender equality, GBV, and engaging men and boys in their national planning processes and forthcoming national HIV strategies and plans. 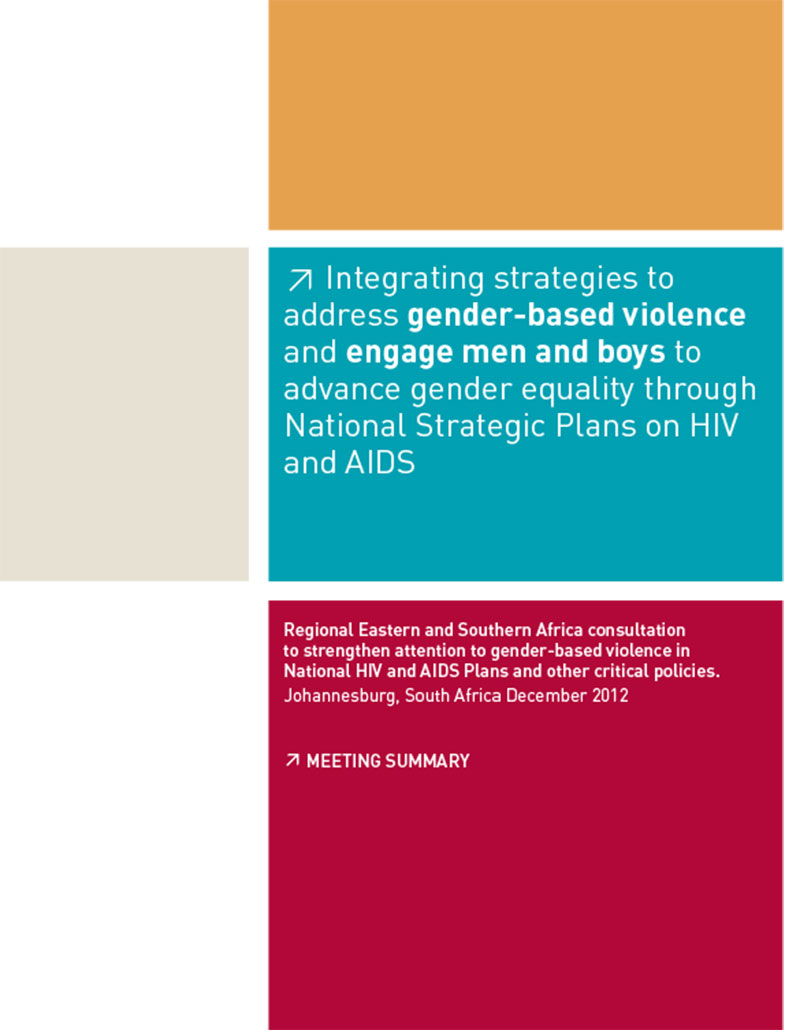 NSP on GBV, NSP on HIV/AIDS