Stopping Sexual Violence in Correctional Centres: A resource for staff

Sexual abuses are a severe and widespread problem in our correctional centres. The abuses range from forms of sexual harassment (like unwelcome sexual comments or gestures) to rape and gang rape. Much of it is perpetrated by inmates on other inmates, but it can also be perpetrated by staff against inmates and inmates against staff.

In the past, we have tended to keep quiet about sexual abuse in correctional centres, or we have felt powerless to do anything about it. Sexual violence is an uncomfortable topic which we find hard to talk about. In addition, there has not been enough focus on training staff members to deal with the issue.

This booklet aims to help change all this so that we give sexual violence in our correctional centres the attention it deserves. It focuses on how to support victims of rape, and on how to prevent inmates from becoming victims in the first place. 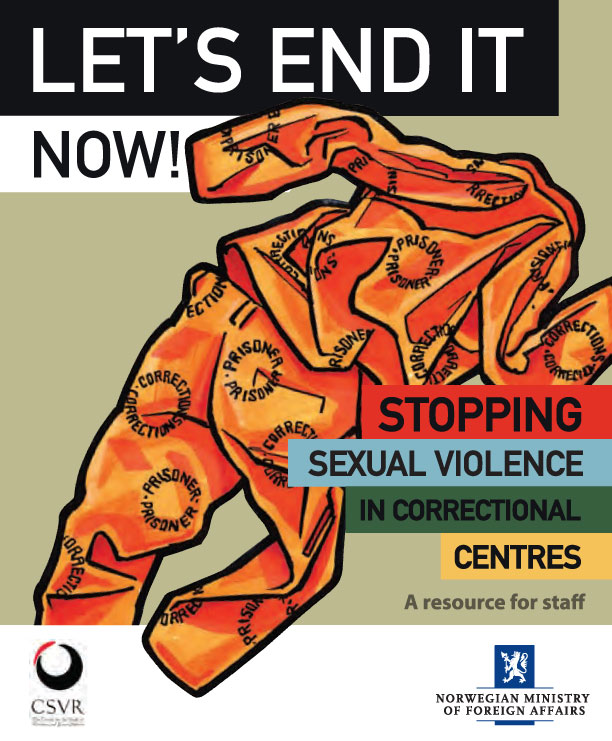