The implementation of the National HCT Programme has been guided mainly by programme-oriented recommendations. Rapid HIV testing as a screening and diagnostic test is regarded as one of the key interventions in the national response to HIV and AIDS. Point-of-care HIV tests through VCT are now widely available in the public and non-governmental sectors, and this has led to the adoption of numerous different approaches. Consequently, the NDoH is charged with the responsibility and challenge of ensuring that the necessary policy documents are in place and that point-of-care HIV testing is carried out in the most sensitive and caring way with specific attention to issues of human rights, quality and access.

This policy guideline seeks to address this gap. It flows from and builds on The South African National Voluntary Counselling and Testing (VCT) HIV Prevention and Care Strategy 2003, and draws from international practices on HIV counselling and testing. In addition, the policy guideline seeks to provide a framework for all the HCT models that have been implemented in the country. 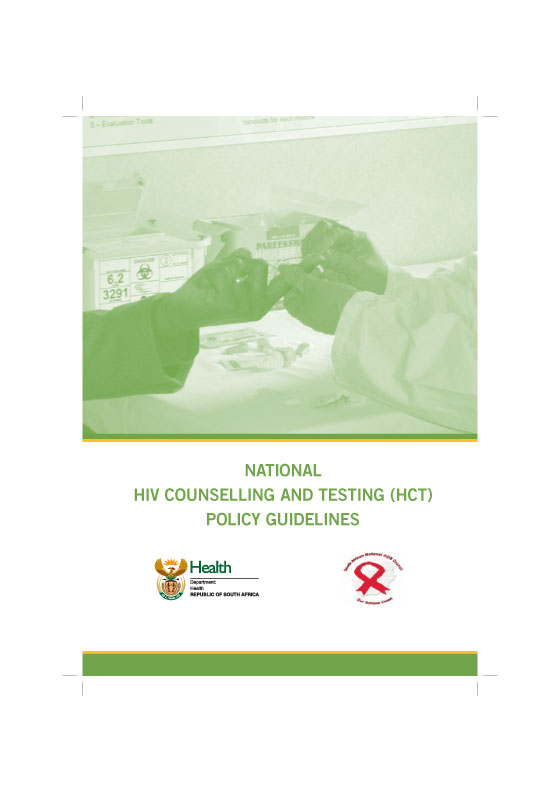