The GBV NSP Campaign Partners (a coalition of more than 50 South African cilvil society organisations, including Sonke), have been calling on government to fund and implement a comprehensive National Strategic Plan (NSP) to end gender-based violence (GBV), which must be multisectoral and include widespread prevention strategies.

As part of our campaign to get government to commit to the GBV NSP, we launched a series of postcards, each with the story and photograph of a person/persons who have been affected by GBV.

On the back of the postcards, South Africans can write to government about why they think we must invest in a national plan to end gender-based violence.

The first batch of postcards were handed over to the Ministry of Women as part of the national 16 Days of Activism against gender-based violence campaign in December. 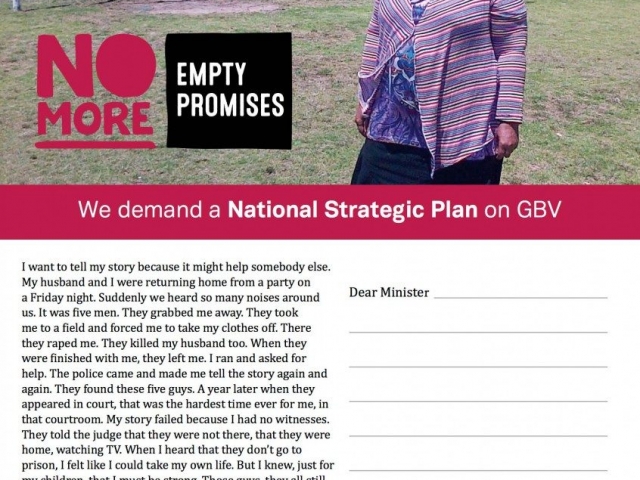 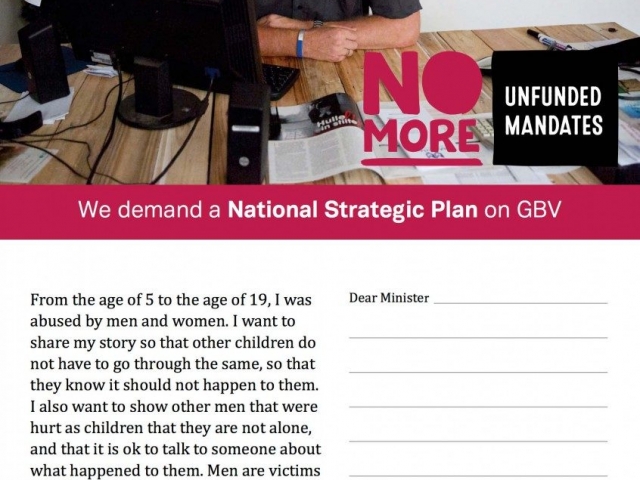 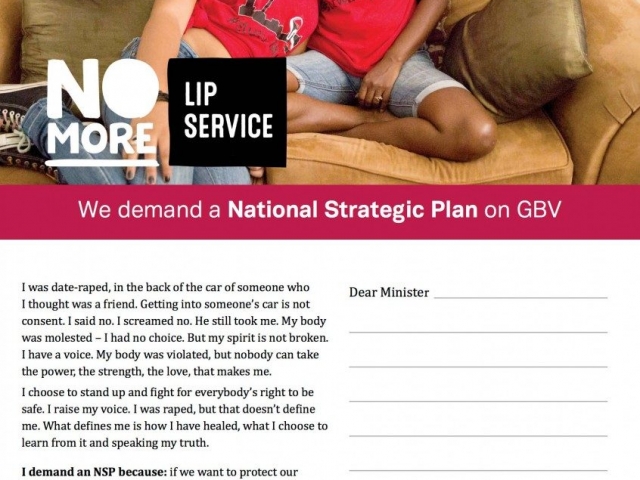 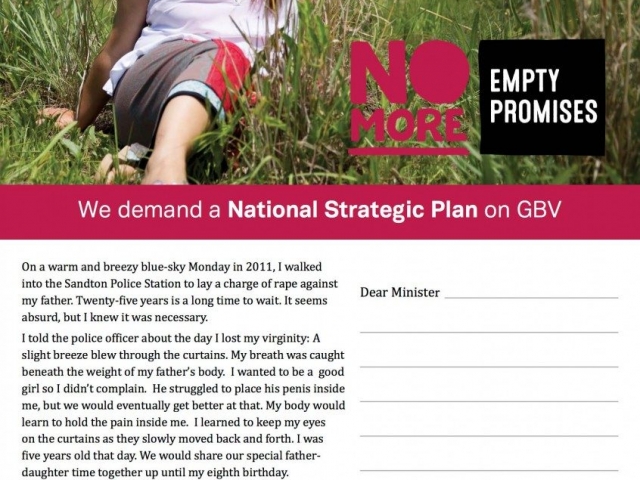 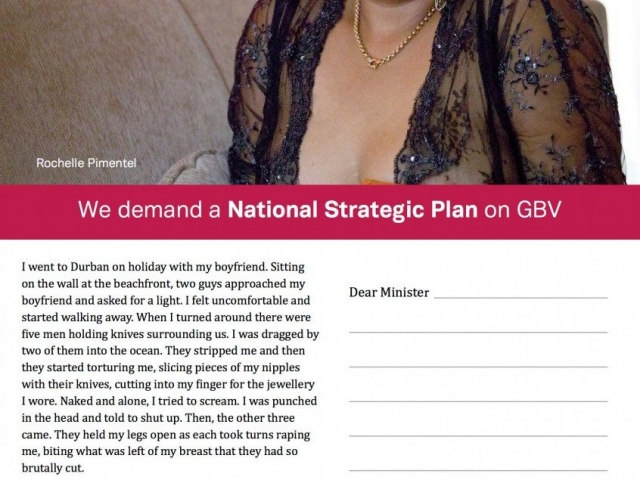 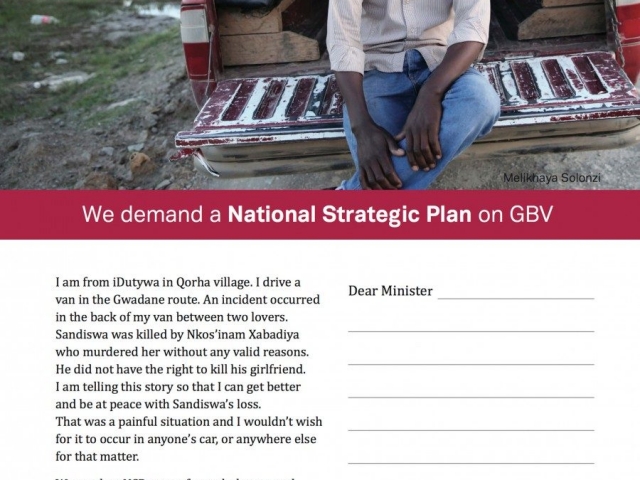 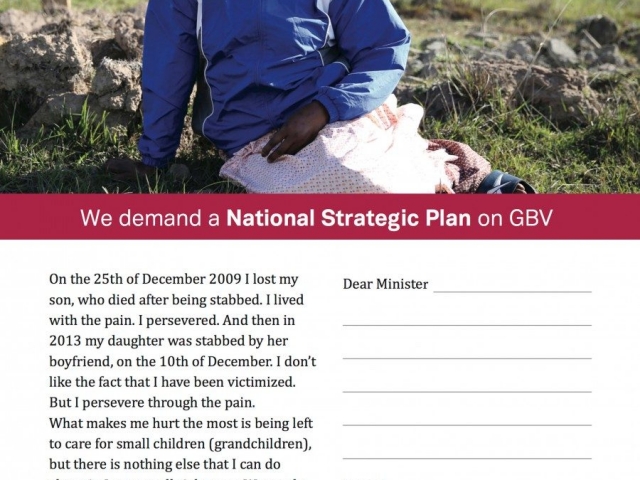 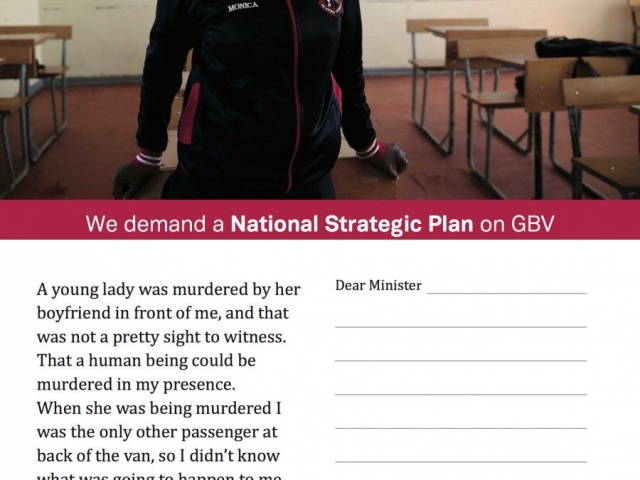 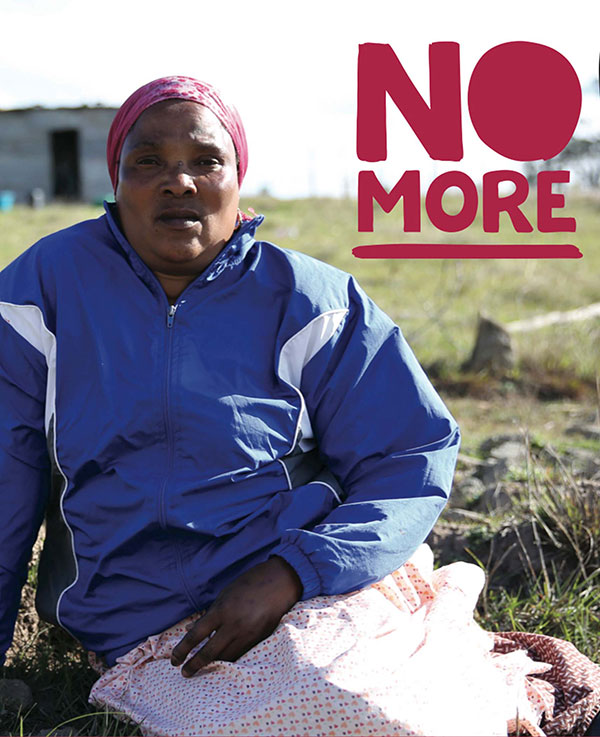