So We are ATM Fathers

A study of absent fathers in Johannesburg, South Africa

South Africa has an exceptionally high number of absent fathers with approximately half of the children in the country living without daily contact with their fathers. This situation presents social and developmental challenges. Although a father’s physical presence alone is not necessarily a positive outcome in itself, widespread father absence has detrimental consequences for families and for society as a whole. Responsible and engaged fathers, who do their share of parenting work, are beneficial to the development of children and to building families and societies that better reflect gender equity and protect child rights. While this problem is often raised as an issue of concern, little is known about the reasons why so many fathers disengage from their children’s lives. Moreover, research in this field has largely failed to present the voices of absent fathers themselves in order to capture their perspectives on fathering.

For these reasons the current research pursued the following objectives: (1) to ascertain absent fathers’ understandings of the notion of fatherhood and the meanings associated with it; (2) to establish their perspectives on the phenomenon of absent fathers, particularly its causes, consequences and social dynamics; and (3) to obtain their views on what interventions would be most successful in order to address the phenomenon of absent fathers in urban contexts in present day South Africa. These aims were pursued using a qualitative approach with focus group discussions as the main method of data collection. Focus group discussions were held with absent fathers in four urban locations, namely, Alexandra, Tembisa, Doornkop and Devland. 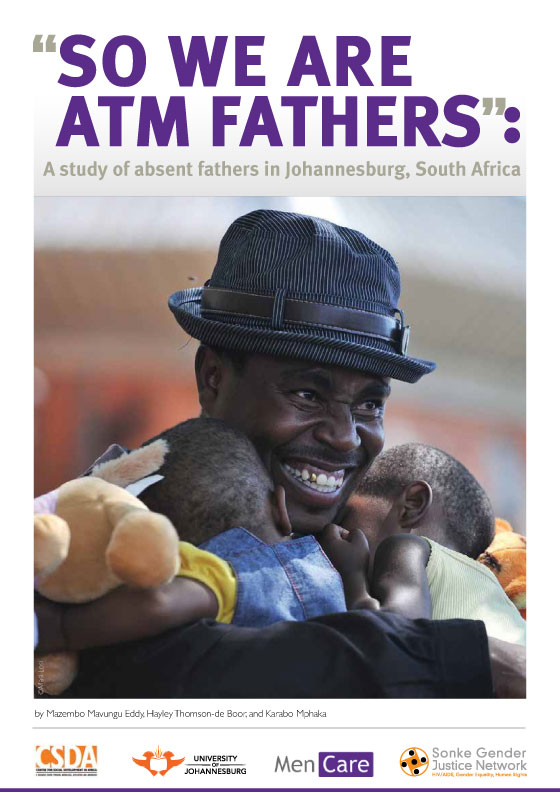