Submission to The Department of Women, Children and People with Disabilities on The Women Empowerment and Gender Equality Bill, 2012

Sonke’s interest in the Bill is based on its core mission to attain gender equality. The law is a fundamental avenue through which women’s and gender non-conforming persons’ human rights can be advanced to the extent that the law is shaped by needs of society and in turn shapes social and cultural norms. The Bill can specifically fill the existing gaps in law and policy to address unfair gender discrimination.

Sonke supports the general purpose and objectives of the Bill. However, the Bill falls short in several areas. Among other issues, it does not adequately deal with the following: addressing the root causes of gender inequality, providing adequate measures for the implementation of the Bill, recognising multiple grounds of discrimination, and failing to categorise unfair discrimination against lesbian, gay, transgender, and intersex (‘LGBTI’) persons as a form of unfair gender discrimination. Lastly, its proposed accountability mechanism potentially duplicates the role and powers assigned to the Commission for Gender Equality (‘CGE’). 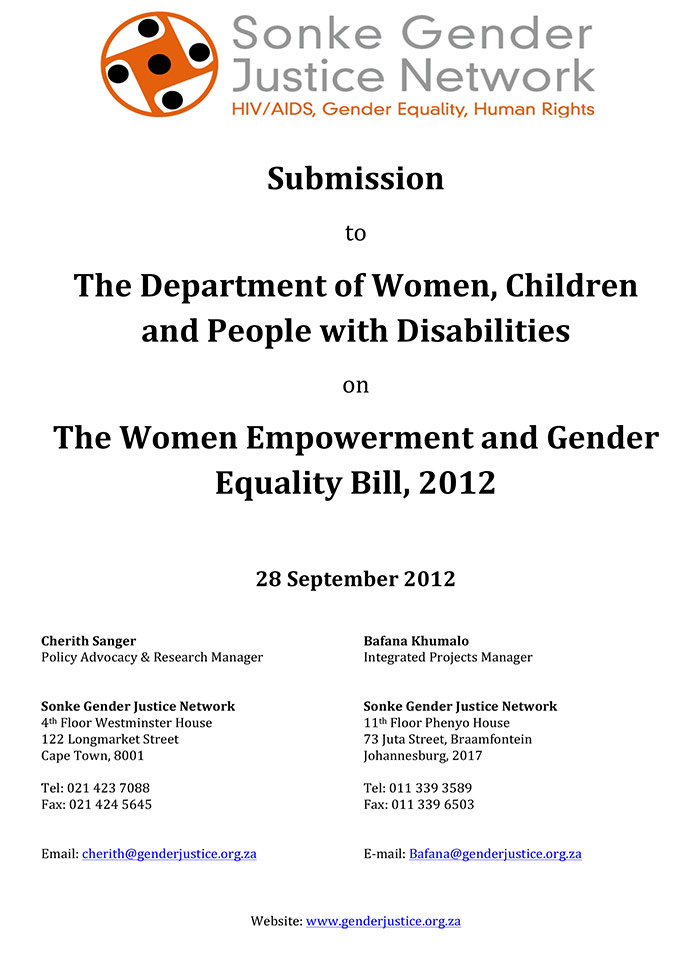