Working with Men and Boys to Promote Gender Equality

A review of the field and emerging approaches.

Across much of the world, rigid gender norms, and harmful perceptions of what it means to be a man or a woman, encourage men to engage in high risk behaviors, condone violence against women, grant men the power to initiate and dictate the terms of sex, and make it difficult for women to protect themselves from either HIV or violence and to seek health services. Indeed, a growing body of research shows that these gender roles contribute to gender-based violence, alcohol, and drug abuse and exacerbate the spread and impact of HIV and AIDS.

The scale of men’s violence against women is enormous and its impact devastating. Across the world, women’s rights activists have succeeded in getting their governments to enact laws and policies to criminalise it. Due to their efforts, the UN and its member states now have an extensive set of commitments and corresponding policy architecture to encourage member states to action to address and prevent gender based violence. Over the last two decades or so these efforts have been augmented by an additional focus on engaging men and boys as potential allies and proponents for gender transformation. This paper explores the means in which this has been done to date. 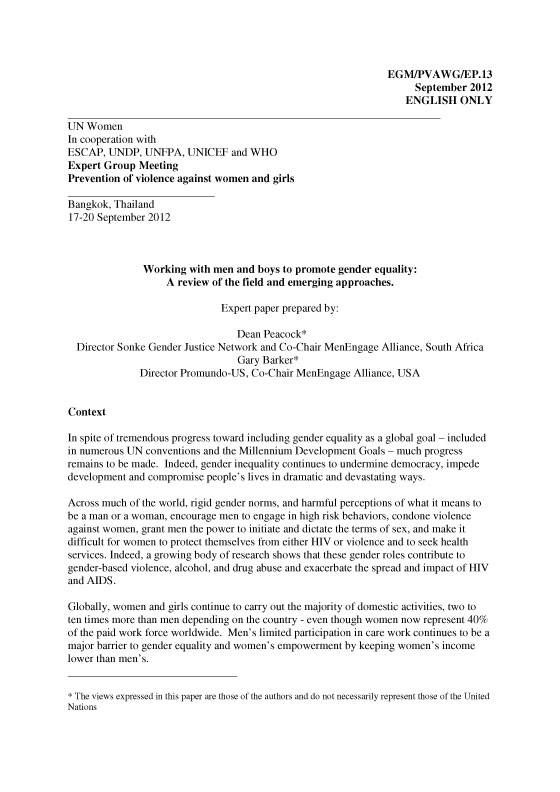