We make these submissions to the Select Committee on Security and Constitutional Development (‘the Committee’) in the interest of public participation and in an effort to advance the constitutional imperatives to human dignity, equality and freedom for all South African citizens.

Our ultimate view is that the Traditional Courts Bill (‘the Bill’) should be rejected and withdrawn in its entirety due to its unconstitutionality, substantively, and its procedural defectiveness.

Our reasons for opposing the Bill are based on the fact that several of the provisions of the Bill are unconstitutional and undermine women’s constitutional rights to equality on the basis of gender. We are further of the view that the procedures preceding the drafting of the Bill, which excluded consultations with women from traditional communities, indicates that the Bill does not reflect the needs and wants of majority of the population and undermines the values of the Constitution Act 108 of 1996 (‘the Constitution’). 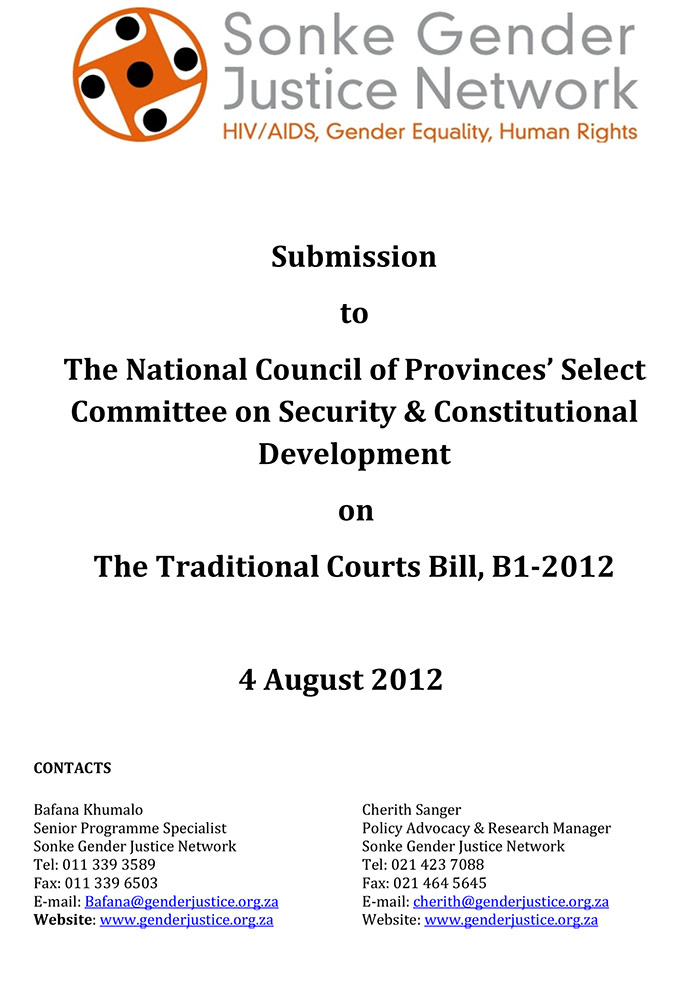