We would firstly like to commend the Portfolio Committee on Justice and Constitutional Development [“the Committee”] for facilitating written submissions on the proposed amendments The Criminal Law (Sexual Offences And Related Matters) Amendment Act Amendment Bill [“the Bill”].

In this submission we will comment on the proposed amendments, the emphasis of which lies with the amendment to Section 56 of the Act. However, we would also like to draw the attention of the Committee to a number of challenges facing the implementation of the Act. It is not our intention, in raising these other areas of concern, to delay the process of amending the Act to address the immediate issues surrounding defences and sentencing. Rather we hope to alert the Committee to these additional issues and to appeal to the Committee to put in place a strategy to address with these, and other weaknesses, of the Act. 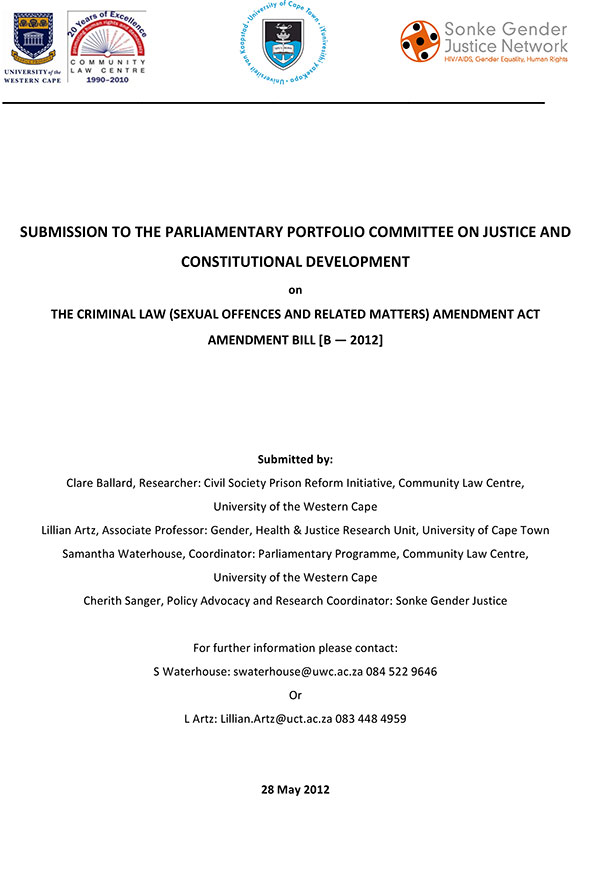