Submission to The Parliamentary Portfolio Committee on Women, Children and People with Disabilities (National Assembly) on the Commission on Gender Equality Bill

This submission is submitted by a collective of organisations (hereinafter referred to as ‘the organisations’ or ‘we’) working towards the advancement and enforcement of women’s human rights through the provision of direct services, public education, capacity building, law and policy reform, and various forms of advocacy. A full list of the organisations is provided on the covering page of this submission.

All of the organisations have an interest in a Commission for Gender Equality (‘CGE’) that is proactive, effective and successful and that has the necessary independence and authority to optimally fulfil its mandate to advance gender equality in South Africa – more particularly, women’s human rights and well-being.

The organisations support those objectives of the Bill that are technical in nature and that seek to bring the Commission for Gender Equality Act of 1996 (‘CGEA’) in line with the Constitution Act of 1996 (‘the Constitution’). We recognise that the CGEA was enacted while the interim Constitution of 1993 was in operation and prior to the coming into operation of the final Constitution, the result of which was that the CGEA necessarily makes reference to the repealed interim Constitution. In this submission, we make recommendations to further enhance the effectiveness of the CGE and strengthen its independence in accordance with the constitutional imperatives of Chapter 9 institutions.

In this submission, we raise concerns about specific proposed amendments which may undermine the independence of the CGE and motivate for further amendments to the CGEA. 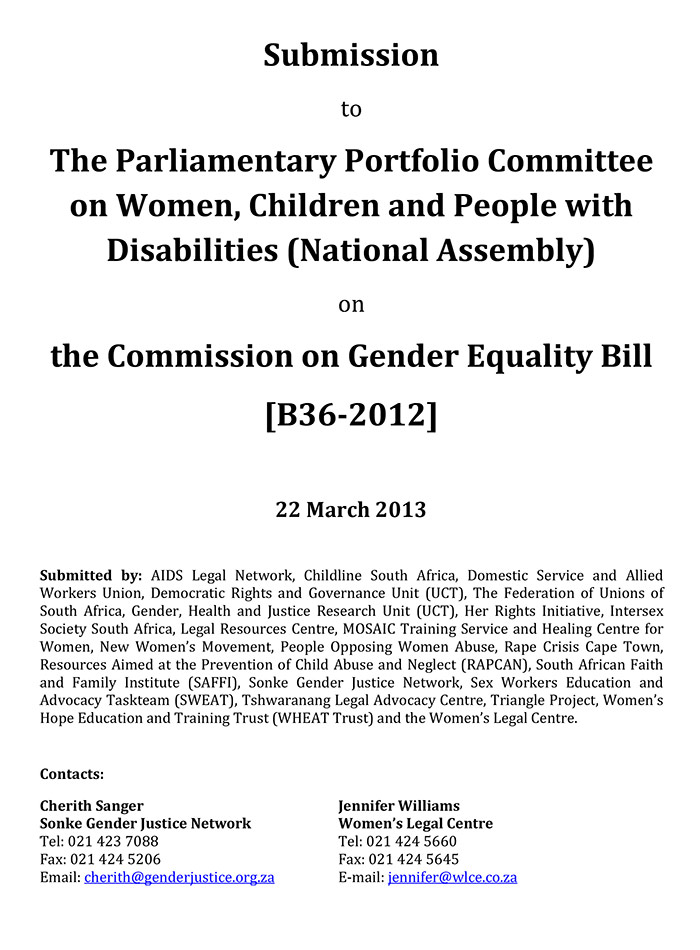