Sonke Gender Justice (Sonke) is a non-partisan, non-profit organisation, established in 2006. Today, Sonke has established a growing presence on the African continent and plays an active role internationally. Sonke works to create the change necessary for men, womxn, young people and children to enjoy equitable, healthy and happy relationships that contribute to the development of just and democratic societies.

Sonke pursues this goal across Southern Africa by using a human rights framework to build the capacity of government, civil society organisations and citizens to achieve gender equality, prevent gender-based violence and reduce the spread of HIV and the impact of AIDS.

Sonke welcomes the opportunity to comment on the Domestic Violence Amendment Bill. The Bill forms part of a triad of legislation which Parliament seeks to promulgate in order to address the epidemic of gender-based violence (GBV) in South Africa. 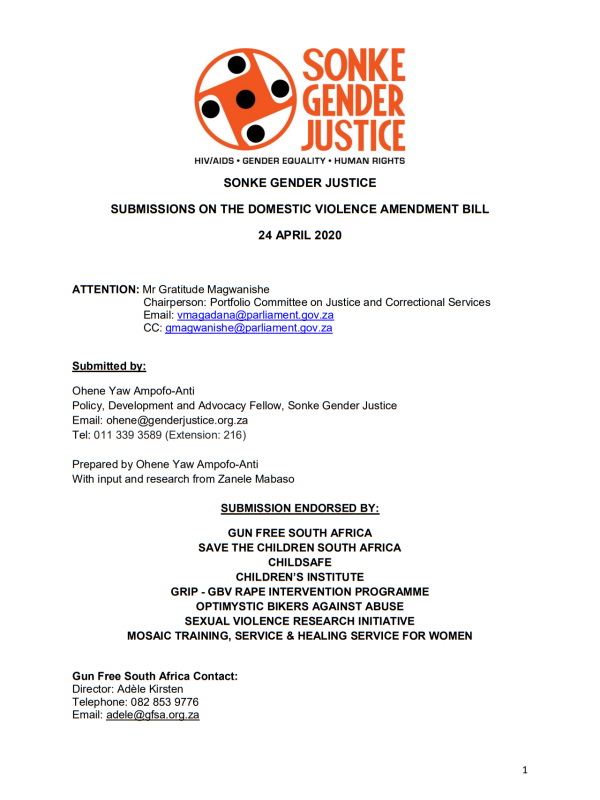