As Sonke has continued to expand its presence in Africa it has recognised that it’s essential that we augment our training and technical assistance with operations support so that our partners can strengthen their financial, HR and resource-mobilisation systems. Over the years, we’ve learnt that without this organisational-development support too many of our partners struggle to implement their important work because of limited organisational capacity.

Heather van Niekerk, Sonke’s Co-executive Director, says supporting other civil-society organisations is an integral part of Sonke’s mission. “It assists us in strengthening civil society’s capacity to promote gender equality and prevent domestic and sexual violence to achieve our overall objectives,” she says. Since we started providing sub-grants in 2010, Sonke has passed through donor funds to the amount of R80 million to 22 funded partner organisations, mostly in Africa but also to MenEngage global partners in Lebanon, Chile, Trinidad and Tobago, India, Sweden and the US.

Casting a bird’s eye view over the civil-society landscape on the continent, Van Niekerk says: “The phenomenon of the modern civil-society organisations that are working in different spaces is a recent development in Africa. The various NGOs have made impressive gains in their quest to obtain political, legal, economic and social equality between African men and women.”

“Despite these gains,” she says, “the majority of women in the sub-region are yet to enjoy the substance of equality, citizenship and human rights. Most of the NGOs are funded by institutional donors, which provide funding but do not provide holistic technical support. As a result, this funding does not prepare the NGOs to build organisational sustainability beyond that particular funding.”

“Sonke has played an important role in providing capacity building to partner organisations in the development sector, including through the provision of sub-grants,” says Van Niekerk. “We would like to create spaces for learning and sharing to take place between organisations, within and between various countries and regions.”

Sonke regularly evaluates the impact of efforts to strengthen civil-society capacity. A mid-term assessment of a four-year partnership across 10 countries in Africa indicated that on a three-level risk scale ranking partner organisations from high- to low-risk, 70% were ranked as medium-risk while 30% of the partners were rated low-risk. None of the partners was classified as high-risk, an improvement on the pre-term assessment, in which 20% ranked as high-risk, 60% ranked as medium-risk and 20% ranked as low-risk.

Although Sonke has made significant gains in the last decade, more still needs to be done. “In the near future, we would like to expand our organisational capacity building and contribute to the sustainability of civil-society activism for rights, action and accountability across the region,” says Van Niekerk 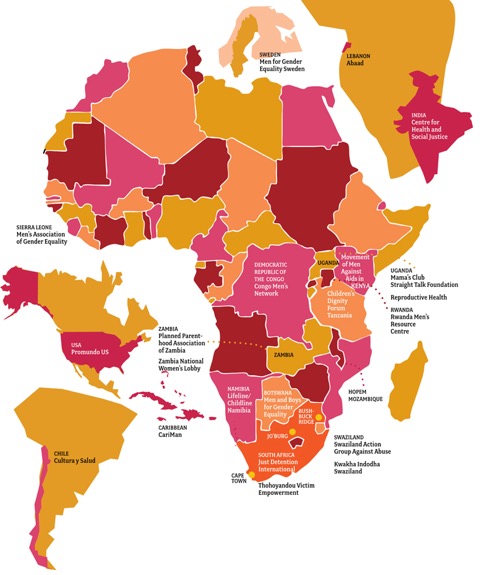